I should stick to work-home-work routine, if I go out I always find trouble and this incident was something that would only happen in Kuwait. Last night, after being outside all day I was on my way to drop off my friends. We happen to see a police care being towed so I wanted a picture of it. We pulled up next to it to take a picture only to have the police officer who was sitting in the car look over, at first he had a smile because we were laughing that there was an actual cop chilling in the cop car while it was being towed.

When he saw the phone he angrily got out of the car and came to my window demanding my license and registration and telling me 'delete the picture'. Seriously? Someone's ego was crushed to take it that far. So he tells the tow truck driver to stop and turns on the lights in his car that was on the back of the tow truck. He orders me to pull over in front of the tow truck. After five minutes of trying to find a reason to give me a ticket he comes back to my car. He has his ticket book out so I asked him what is the ticket for? Because you have no seat belt! Really? That's all you could come up with? I am all legal but you just want to give me a ticket because your ego was crushed? He was like you can't take my picture, I asked him if it is illegal to take a picture of a cop car? We weren't taking a picture of you! He said it is illegal to take a picture because of the number on the car bla, bla, bla.

As a non-arab expat who does not read Arabic I don't think it's fair that we have to sign something legal when we don't know what it says! It could say I murdered someone and I would sign it not knowing. I did refuse to sign one time because I told the cop I don't trust what you write, he got really pissed off and wrote 2 more offenses on it. I have work so I wasn't going to push this guy any further although I don't agree with signing something in Arabic. 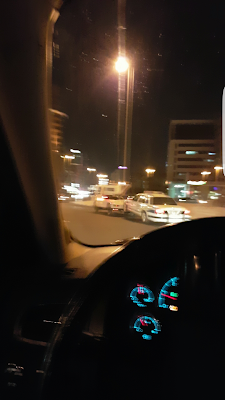 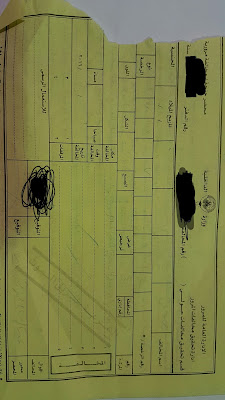 I will be donating money to the MOI fund in support of buying more stickers for their cars. 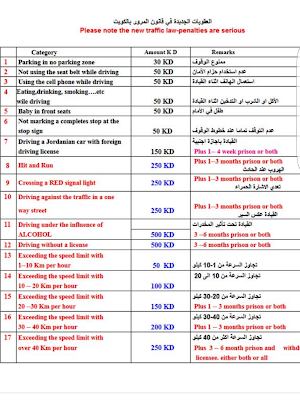 I heard they get cash prizes when they turn in a filled up ticket book. They could use the MOI funds to balance the deficit. The days of seeing the police parked on the side of the road playing cards and drinking tea are a memory now. They are in full force this holiday week, I see 3 or more people pulled over everyday when I drive home. Be careful out there!
Posted by Crazy in Kuwait