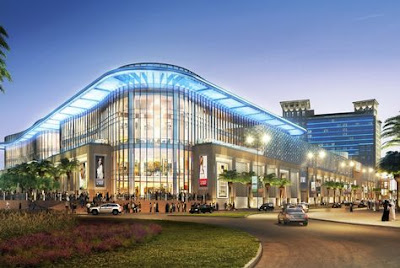 Kuwaiti developer Tamdeen Group has reported that 70 percent of its Al Kout Mall’s retail spaces have been leased out, a year before its scheduled opening date on October 5 2017.The company said in a statement that it has had an "unprecedented and positive" response to the 260 planned retail spaced at the new shopping mall.

The mall is part of the overall Al Kout development in the Ahmadi governorate which will offer also hospitality, a marina, a fishing wharf, leisure and entertainment.Major tenants such as H&M, Zara, GAP, Victoria’s Secret, Sephora, Massimo Dutti, Banana Republic, Jack Wills, COS, Mamas & Papas, Mothercare as well as F&B brands like Vapiano, PF Chang’s, TGI Fridays have so far signed up, the statement said.

The project will boast over 100,000 sq m of retail space, making it a super-regional mall and the largest mixed-use waterfront project in southern Kuwait.Mohammed Jassim Khalid Al Marzouq, chairman, Tamdeen Group said: “Our objective is to create a vibrant new destination for the south of Kuwait, offering several attractions to our consumers. We want to create a destination for visitors from Kuwait and from outside, particularly the GCC.”

Fashion will be a major component of the new mall with over 50 percent of the mall catering to a variety of fashion brands, he said.In addition there will be entertainment for families including Cinescape Cinemas, Infunity and a new Sky Zone concept.

Managed and operated by GLA Management, negotiations are continuing with other popular brands.
Christian Wistrom, general manager – leasing, GLA Management, said: “We are absolutely delighted that the project has received so much interest and we anticipate that it will be fully leased well before the opening of the mall in October 2017. “This strong demand is a reflection of the quality of the project as well as the positive experience of retailers with existing Tamdeen projects.”
Posted by Crazy in Kuwait