I took my daughter for a check up with the dentist and realized the old location in the co-op was closed and directions were in Arabic only so I had to find someone to translate directions. Not too far down the street by the bridge to Jabriya is the new location. It is such a nice place and I'm glad they took it away from the co-op as parking was a nightmare.

I know it's an Arabic country but there are a lot of expats that don't read/write or speak Arabic so why can't they have at least one person at the reception desk who can speak at least a little English to say go left or right. The dental clinic second shift opens at 2 pm and at the other location they would take the CID of people and hold them until numbers are given.

After finally figuring out the dental clinic was upstairs we went up at 2 pm and handed the guy our CID, I watched as they read my daughter's CID and looked on the back for more info which I think is rude and none of their business especially when they say something to each other, look at me and say something else.

So the doctors started arriving around 2:45 pm with Starbuck's in hand. After 3 pm people started going in for work. It's a shame that the attitudes of work will never change, I had hope that the new generation might be better at coming in on time but alas timing is when they feel like it. 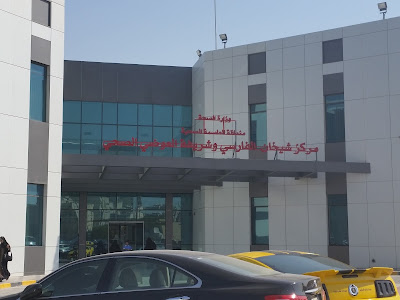 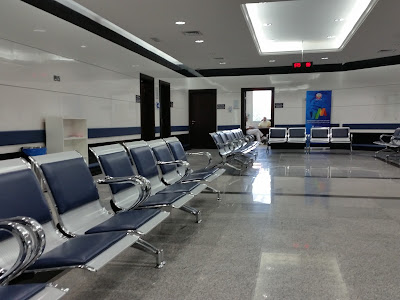 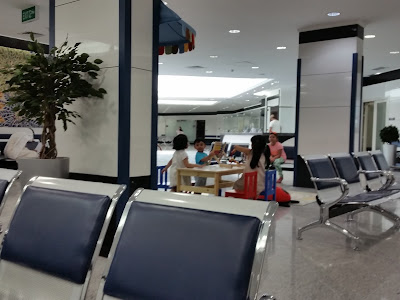 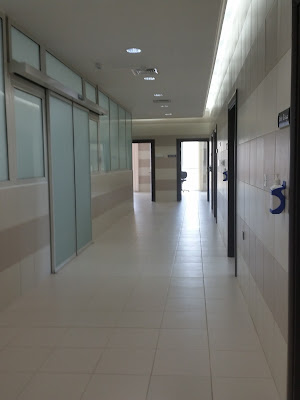 New up to date x-ray equipment 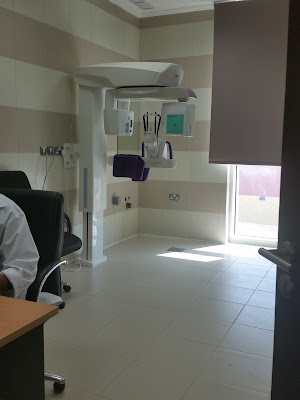 Clean up to date tools 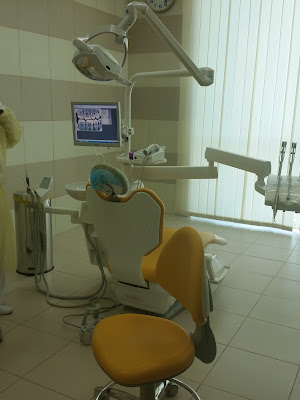 Even the bathroom was nice 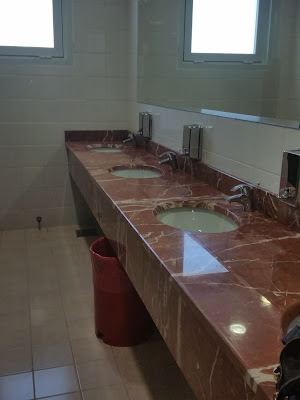 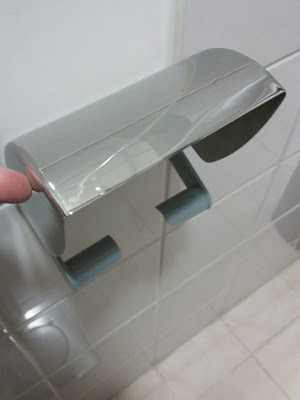 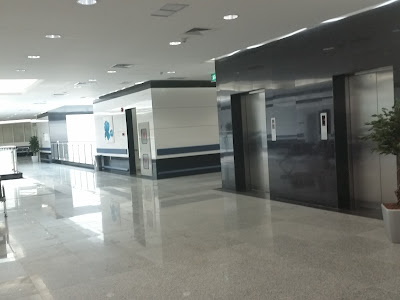 This is definitely a step up and I hope the government continues to upgrade the clinics around Kuwait but they still need to bring in real doctors who can diagnose correctly instead of saying everything is ok and sending you home with Adol. Here's my previous post on the Surra  dental clinic.

PS: Adan hospital still needs some work! Having ER patients stand around and wait for a bed is pathetic.
Posted by Crazy in Kuwait