This was the first time I've seen a house that had security guards besides some of the Sheikhs houses. This house is located in Abu Halaifa behind the Applebee's restaurant area. The hosue in not very impressive but it does have its own private security. It takes up half of the open beach that the public used for swimming but if you have the right amount of money you can have anything. New roads have been built leading up to the house which is a plus for the area. I just don't understand why someone would need a guard to protect it unless it's one of thoses houses being built for the rich people that they never use. 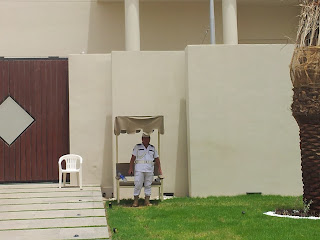 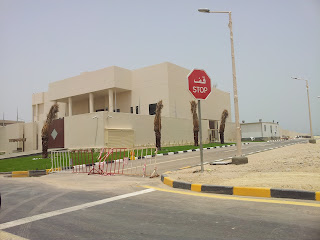 The area behind the restaurants has a few uninhabited houses which I think is a complete waste. This one below has been left behind with only a haris there to keep it going. It could be turned into a nice place to rent out. But the rich have so much money and so many houses they can't keep track of them and they let them go to waste. It's called being greedy. 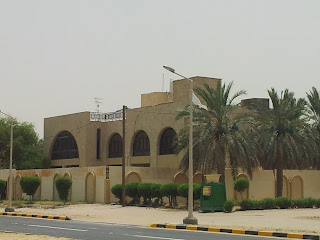