Toyota Supra Concept Car 2015- Hybrid and Automatic? What have they done?????

When I see a supra I'm reminded of racing the quarter mile in California. My ex had a 1994 Toyota Supra 6-speed twin turbo and we used to race it on the strip, I was left carrying around the bottle of NOS like a dork. I took over the car when he left although I couldn't drive stick. I used to make my friend drive us around until she got tired of me asking. I did take it out a couple times but with an after market clutch I stalled A LOT. I ended up selling it in 2004 and bought tickets to Kuwait.

I saw an article about the possibility of a new Supra arriving the end of this year but it doesn't look good, it actually reminds me of the Celica which is a big disappointment. It will be a HYBRID with automatic transmission! OMG who can forget the manual transmission of a Supra and the sweet ass way you put it in reverse. I used to laugh when people tried to figure out how to get into reverse. Gone are the hissing noises of the blow off valve and the after market clutch.

To all of you who have/had an automatic Supra you don't count, there's no comparing automatic to manual, it's a must to have manual in that car. I've seen a few here in Kuwait but most were automatic, I refer to them as sissy guys. Nothing like hissing noise when shifting!

I dug out my only pics of my old Supra...ahhhh the memories! 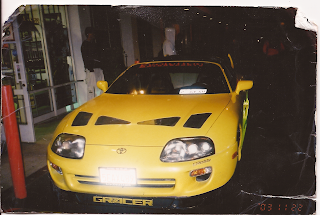 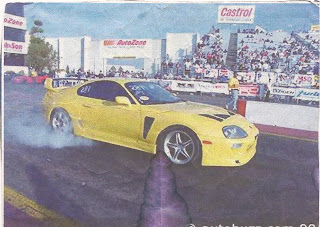 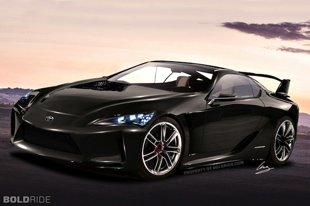 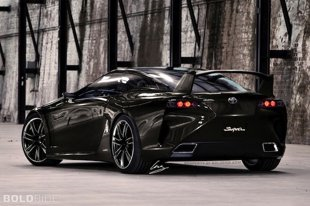