It has happened again, another bus accident involving our FN employees and unfortunately four guys lost their life on Wednesday, two from our employees and two driving the water tanker. Unconfirmed reports say there was a police check point set up in the middle of the highway yesterday morning and the loaded water tanker couldn't stop in time ramming the back of the bus and hitting a Camry driven by an American guy. The workers were sitting outside of the bus and the Kuwaiti police told them to get back on the bus and go to work.
They came on base and when they got to their work stations they collapsed in pain so someone from our section had to take them to the hospital. The cleaning guy for our BLK has a broken leg and another had broken ribs and internal bleeding. I don't understand the reasoning behind setting up check points on the highway when they know people are speeding. I remember once there was a check point on the fifth ring bridge coming from highway 40.
As we rounded the bridge we had to come to a complete stop and avoid hitting the other vehicles, if someone were to crash they would have flown off of the bridge. So much for following safety rules. 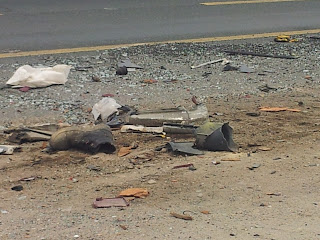 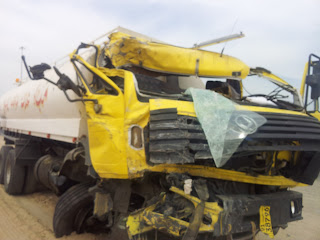 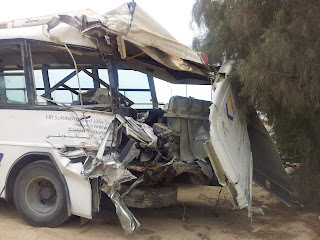 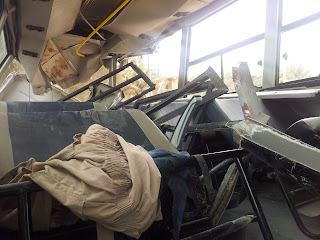 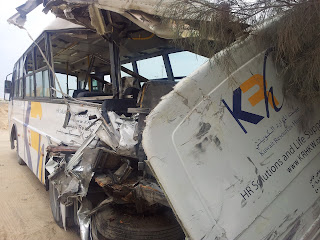 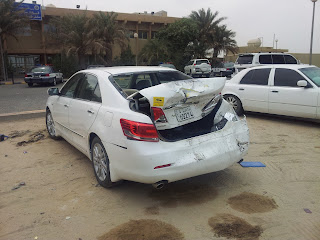 It is an awful tragedy and I pray for their families.
Posted by Crazy in Kuwait