Is it hard to be a Half-Kuwaiti adult in Kuwait? 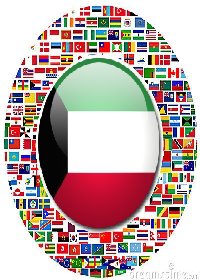 I've been reading comments from half-Kuwaiti kids on Facebook, there's a group for them and they voice their opinions about everything. Is it hard to grow up as a half-breed here? As a mother of children who are half-American quarter Kuwaiti and quarter Moroccan I wonder how they will be treated in the future. Most of the people in the FB group are being raised mainly by their mothers who are divorced from their fathers, does that make a difference?

One of the guys mentioned he was a teacher and he read papers from Kuwaiti students which were about foreign women marrying Kuwaiti men and ruining the Kuwaiti heritage. I can see where they are coming from actually. Maybe the students feel that way because sometimes the foreign mother doesn't become Muslim and they continue to practice their own religion which could confuse the child? One of the girls had mentioned children who have a Kuwait mother and foreign father tend to act more Kuwaiti? The mother really does have the most influence on children.

I know mixed children can be called McChicken because they speak English but not Arabic or their Arabic is not so great which makes them stand out. Personally I am sending my kids to government school so they can learn Arabic and grow up with other Kuwaiti children as private schools are  a joke and hardly anyone learns to read and write Arabic.

I visited a friend of mine who is Hispanic and married to a Kuwaiti whose mother is Iraqi and he and his siblings grew up in the states. She cannot read or write Arabic and speaks a little which means she can't help her kids with Arabic studies and because the father grew up in the states he doesn't speak or write Arabic very well. They have 3 kids and they all go to private schools because their parents can't help them with Arabic which is sad because Arabic is the way of life here and one must be able to read and write to get a good job.

Another American friend who had 2 daughters already when she married a Kuwaiti brought them to Kuwait and put them in government schools because they were young and today they are all adults and speak Arabic like Kuwaitis. There are so many stories out there and so many different ways of life within Kuwait. From my experience I see children whose mothers have become Muslim raise their children in a more Kuwaiti cultural way and those who do not convert have children who are more westernized. I am trying to gain as much knowledge about Kuwait so I can teach my children.

Marriage is such a complicated thing, just because you marry a Kuwaiti woman doesn't mean the children are going to be great especially with the high divorce rate going on and if you marry a foreign woman how will your children be brought up? We can raise our children as best as we can and hope they turn out to be tolerant human beings.

Let us not forget the Kuwaiti children left behind by their fathers who studied abroad, had relationships and families but decided to leave them behind to return to Kuwait.
Posted by Crazy in Kuwait