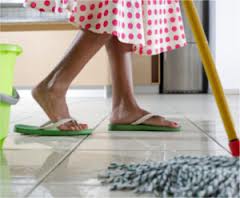 Saudi authorities banned on Wednesday Ethiopian workers from entering the country following reports of crimes against children allegedly committed by housemaids from the African nation.

The labour ministry and the interior ministry have agreed to "temporarily" stop the importation of workers from Ethiopia, SPA state news agency said.

It said the ban will remain in place until the completion of investigation into "recent incidents", in reference to alleged crimes reported in local media.

Several media outlets have reported instances of children being killed allegedly by Ethiopian domestic workers, including two cases in the capital.

The kingdom introduced this week new rules setting the rights for domestic workers, including getting a weekly day off and being paid on time. (link)

It's about time as there have been several children murdered as recently as last week and an attempted murder happened yesterday.
Posted by Crazy in Kuwait