The future of Kuwait 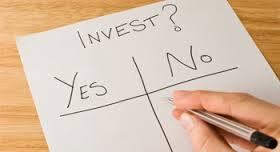 Looks like the future generations of Kuwaitis are in trouble!

According to Arabian Business: Kuwait’s economic and legal framework is “repellent” to investment, including from within the country, a damning independent report has found.

Kuwaitis invested about $37bn internationally in 2012 compared to only $398m domestically, according to the report by Leaders Group, a Kuwaiti consultancy and event management company.
“[The figures are] a clear indication that Kuwait’s environment remains repellent to investment,” the report says, according to Kuwait Times.

Kuwait receives only 1 percent of all foreign direct investment into Arab states, while it accounts for 35 percent of Arab FDI within the region, the report says.

The lack of local investment was particularly harming the Gulf state’s virtually non-existent tourism sector, driving Kuwaitis to holiday outside the country while it spent $7bn on touristic ventures in other countries.

The government was failing to create initiatives to attract investment or promote touristic projects that would entice Kuwaitis to holiday at home as well as draw in international tourists and the country did not market itself as a touristic destination or have organised tours, the report says.
Little land is allocated for tourism activities while vacant land is expensive, encouraging investors to look elsewhere.

Complications in project licensing, compared to in the UAE, Saudi Arabia and Qatar, also is a hindrance, according to the report. Investors can only participate in Kuwait under a buy-operate-transfer arrangement.
The report highlights Kuwait’s lack of development, particularly along its coast, while neighbouring states build artificial islands that attract billions in investment and tourist receipts.
The International Monetary Fund warned earlier this year Kuwait was failing to make the most of its oil wealth, with little to no investment for the future.

It said the country’s oil revenues would no longer out-weigh its spending, causing the first deficit since 1998, by as early as 2017. The IMF forecasts that in 2017-2018 Kuwait’s oil revenues will be about KD25bn ($87.9bn) compared to KD29bn in spending.

“Kuwait is at a crossroads for conserving wealth [for] the future,” IMF deputy division chief of the Middle East and Central Asia Department, Ananthakrishnan Prasad said.

“Our estimates show that government expenditure will exhaust all oil revenues by 2017, which means no portion of these oil revenues would be available for future generations.

“There has to be a shift in policy in Kuwait and Kuwait will have to start saving more and have to start reducing their spending.