Kuwaiti divorces her husband because of weight loss - Really? 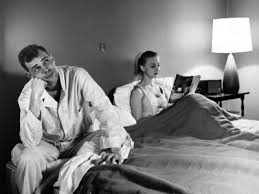 Google
Kuwaiti woman rejects ‘slimmer’ spouse - ‘Not good in bed’
KUWAIT CITY, Dec 31: In an unprecedented case at the Personal Status Court, a Kuwaiti woman in her 20s filed for divorce against her husband who carried out liposuction surgery and lost 110 kgs without her knowledge. The court has set Jan 30, 2014 for the hearing of the case. The plaintiff counsel Lawyer Yousef Hussein said his client is a young woman who is full of life and she desires to marry a man with certain characteristics especially behavior and physical stature.

She was proud of her husband’s characteristics until he carried out the liposuction surgery. He said the husband lost all the physical features that made him look appealing to her before their marriage. He explained that the husband was above 180 kgs but his weight reduced to 70 kgs after the surgery, which affected his sexual performance.

Lawyer Yousef Hussein said the husband who is one year older than his client did not inform her about his intention to carry out the surgery. He had sexual intercourse with her only once throughout their marital life, which was not satisfactory, and she believes such a situation will deny her the opportunity to become a mother.link

So, in conclusion, she likes fat guys and he could possibly be gay? Does this excuse trump the other story of the Kuwaiti wife divorcing her husband because he ate peas with bread (link) ? Sometimes I think they purposely get divorced so they can get benefits and not deal with a man they don't like even though women are supposed to use the engagement period to get to know the man before they marry.

I wonder how much money the guy and his family spent on the wedding?  Some try to blame foreign women for marrying Kuwaitis which leads to spinsterhood for Kuwaiti females, after reading these stories everyone will know what the real reasons are.
Posted by Crazy in Kuwait