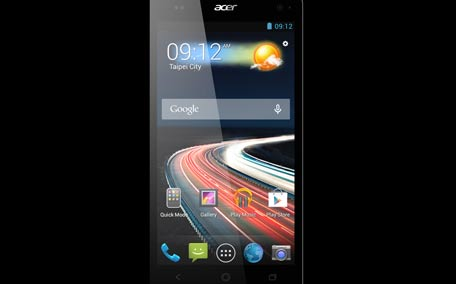 The Liquid Z5 features an amazing 5-inch screen with 16:9 aspect ratio to enhance movies and video viewing. Despite the large screen size, the Liquid Z5 is thin and easy to carry with its 8.8 mm thin profile and rounded edge,” the form says in its media statement this morning.
The handset’s front speaker is boosted by DTS Sound technology while the AcerRAPID button acts as a personal control key bringing a ‘one-hand’ control to the user allowing to unlock and/or wake-up the screen, launch the camera, take a picture, launch apps from home screen and pick up phone calls in an intuitive way, it maintains.

For beginners at which Acer is targeting the device, the dual-core 1.3 GHz processor and 4 GB of internal user storage should be sufficient although a more sophisticated user who’d like to download some of today’s increasingly heavy apps may need more space.