A Day at the Avenues

Friday is usually family day for me but due to crappy weather conditions on Friday we decided to venture to the Avenues on Saturday. I would rather go early in the day but that schedule doesn't work with the other family members. I like the Avenues but I hate the distance and the ridiculous crowds. The parking is another story in itself.

We were all starving so we headed for the food court. Now it was time to fight for a table. It's a mad dash to spot people when they are leaving and in a nice way steal their table while fighting off the other competition. As you are trying to sit down there is always someone trying to take your chairs too. We decided to head to Applebee's because there were no tables. On our way to Applebee's we spotted an empty table big enough to fit us. WooHoo!

I was totally craving the freakin' huge burritos from Amigo's. My kids aren't very original, they wanted McDonald's. After stuffing ourselves we made our way to Payless shoe store. Ahh I remember the gold ole' days when Payless was actually cheap. Now the have "high end" shoes but compared to the shoes in most stores they are still pretty reasonable. They have the price tags from the states so I can compare the difference in Kuwait. They are pretty much the same, about a KD more. After picking up a couple pairs of shoes it was time to leave as the crowds were increasing as the minutes go by.

I recommend valet parking by P.F. Chang's it's easy, fast and convenient. On our way out I can never resist getting an ice cream cone from IKEA. Funny as it seems they have the best ice cream and hot dogs. For 650 fils you can get a hot dog and drink. The ice cream is 150 fils. I will write some on IKEA's restaurant in the near future. The restaurant upstairs has really good T-bone steaks for 4.500 KD. Ice cream and hot dogs and then head home to rest up for work the next day. 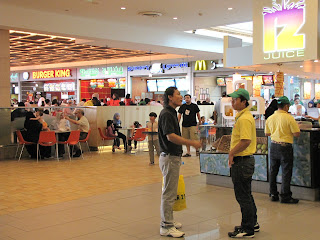 A pic of the crowd. Notice the line of people waiting for ice cream from Pinkberry. Must be some pretty good ice cream when you have Kuwaitis waiting in line for something. 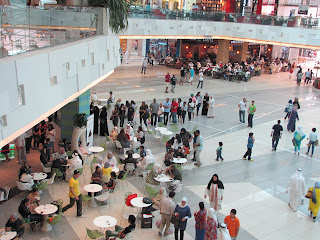 Another view. There's an Office Depot to the left. 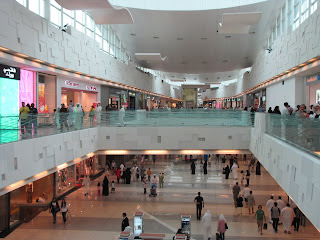 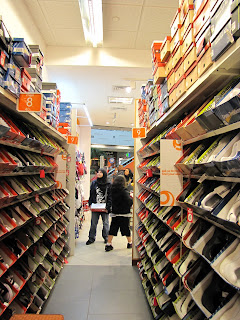 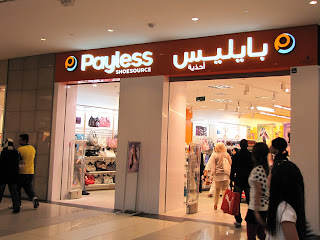 I hope they open up one in my area. 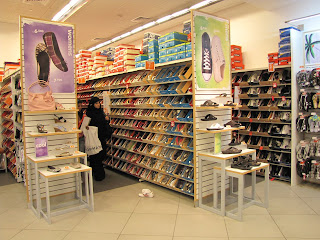 H&M in Avenues has maternity and big people sizes. Not a big selection but reasonably priced. 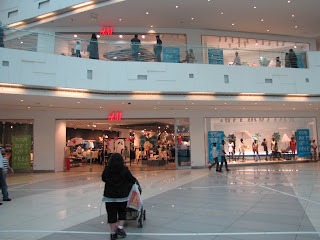 Outside P.F. Chang's where valet parking is. 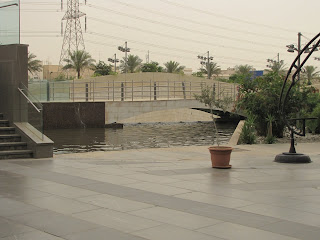 Outside area for eating. Maybe in Winter. 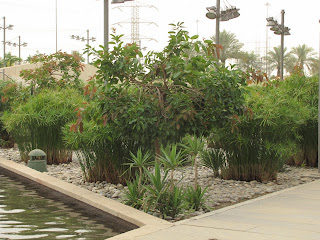 Eat, drink and be merry!
Posted by Crazy in Kuwait