I was checking out DG's blog and was horrified to see beautiful migrating flamingos dead and dying. An employee of KOC found the animals in the Abdaliya Nature Preserve in West Kuwait. K's path rescued the 2 surviving birds, but 11 perished. They received medical care from the Royal Animal Hospital. 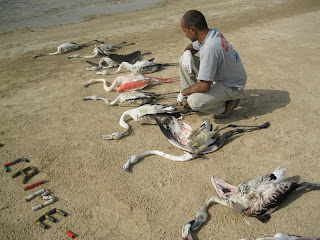 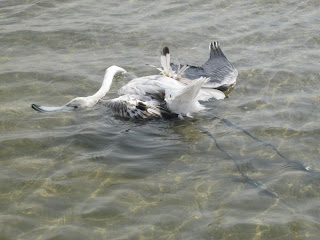 Such a tragic end for innocent animals. They migrate to Kuwait, doing no harm to anyone. Humans or animals, neither of them are safe in Kuwait. So much for the nature "preserve." Thanks to K's path for helping the 2 surviving flamingos!!

You can see more photos from K's path on facebook.
Posted by Crazy in Kuwait