Once upon a time there was little traffic in Kuwait. The only time to avoid the streets and highways was around 1 pm. I could make it from Marina Crescent to Fintas in 12 minutes on the weekends, not anymore. You would be lucky to get out of the parking lot in 12 minutes not to mention the bumper to bumper traffic on the way home. These days there is no escaping traffic. From 6 am when I go to work until late night there are constant traffic jams everywhere. I think a major contributor is the huge numbers of unregulated taxis. When I came to Kuwait taxis were few and far between and most were run by citizens or local Arabs. Now the taxi drivers practically chase down people walking or standing on the sidewalk.

It bugs me when they blow their horns and pull up next to you almost insisting you need a ride, that's when I show them my keys and tell them to buzz off, not to mention the accidents they cause when they suddenly stop without warning while harassing people. They are supposed to be using the meters in their cars but seldom do it. The police have been pulling over drivers to check and see if they are using the meters. 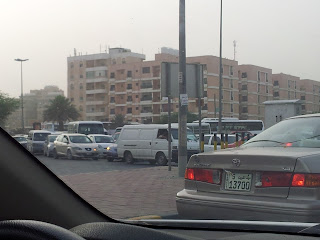 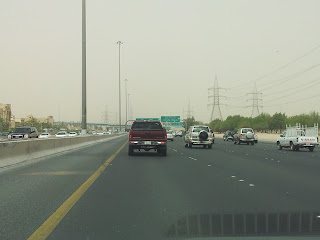 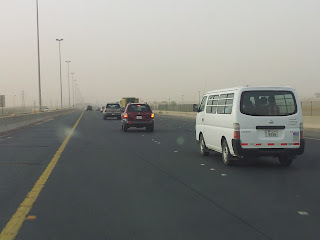 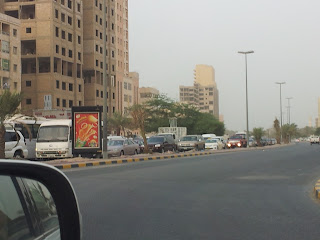 Accidents in Kuwait happen every minute of the day, this one was last weekend. As I went to take a right turn there was this Prado on it's side half way in the turn lane. The police moved it out of the way. 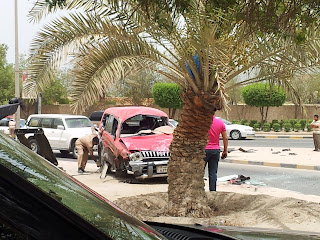 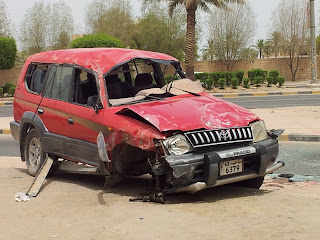 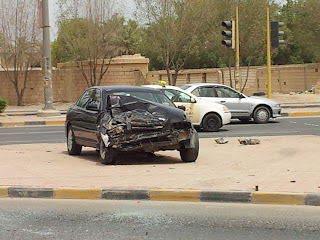 And of course the douchebag drivers of Kuwait. This is the sixth ring exit which is a total nightmare. People try to push their way into the left turn lane from the right turn lane. My poor mom got hit twice by people forcing their way into the lane. This guy couldn't wait for his turn or the light to turn green and proceeded to turn left at a red light. 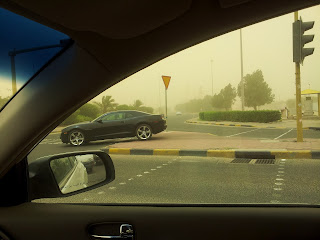 ﻿Make sure you buckle up and put children into car seats, it only takes a couple extra minutes and it could save their precious lives.
Posted by Crazy in Kuwait