I believe what's left of the old Kuwaiti houses should be preserved before it's too late. This is an old Al Shaya Kuwaiti house next to the Amir's palace. I can only imagine how beautiful it once was during a much more simple time where everyone lived together, both rich and poor lived side by side.

House design and location specified unity existing in the Kuwaiti society. In old times, the poor lived near the rich, where no differences between them. The only difference was that the houses of the rich were vast. Ordinary Kuwaiti house, occupied by the majority of Kuwaitis, consisted of a vast courtyard, surrounded by many rooms, and a hallway secured privacy to the family by separating the house from the street. In that architectural design, the courtyard ventilated the house to find it cool at night and after sunset. This was due to the exchange of radiation between the floor of the courtyard and the outer space. At night the house became cool and sleep was comfortable. During summer, the majority of Kuwaitis prefer to sleep in the courtyard or on the roof. Usually, there is a room on the roof used to store mattresses in or sometimes for napping. A small bath is usually located beside that room. . .
Walls were built of rock and mud, and decorated internally with white gypsum. Ceilings consisted of rows of jandal (trunks), basajeel (bamboo) and manqour (straw mats), covered with a 30cm or a 40cm layer of mud. In winter, when rain was heavy, that layer should be attended to and maintained by adding more mud. Houses of the rich used gypsum for protection. When wood was used in fixing the ceilings, thejandal was only 4 m long, and for the wide rooms they used square pieces of wood of 6m. The floor was covered with mud, then with tiles which was imported from neighboring countries. To let the water flow from the roofs, they used the wooded marazims (gutters) which extended from the roofs to the outside. In the houses there were wells for supplying the underground water, and there were pools to store water in.
As regards the houses of the rich, they were divided into a number of courtyards, each serving a certain purpose. There was a courtyard used to include a Diwaniya for male guests, consisting of a large room annexed with other buildings needed to accomodate the servants or for other purposes.
The other courtyard was located for family female members, including a number of rooms and bathrooms. A third courtyard was used as a kitchen, including the kitchen, storage room for fuel and a store room for the different kinds of food. There were more courtyards for the animals: goats, cows, horses. Kuwaiti houses also had a “baqadeer” (wind tower) which was a natural air-conditioner, not one Kuwaiti house was without it.

This part of the house has been refurbished. 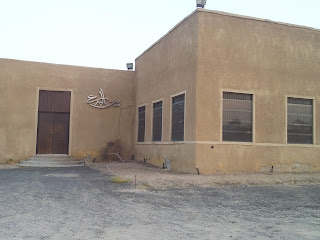 An example of sea rocks used in building the walls 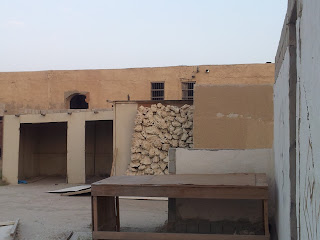 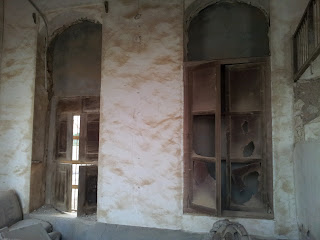 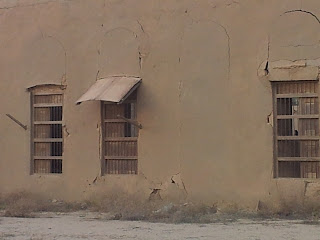 Courtyard between the rooms 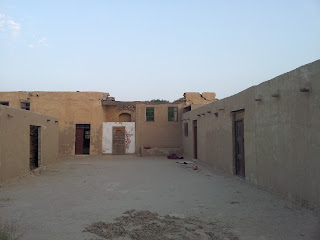 My favorite picture of the roof made of palm leaves 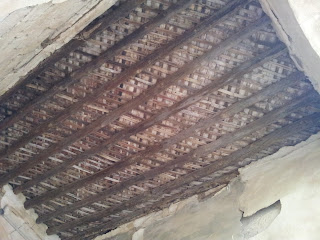 Such a simple time to live, no sports cars or internet just playing outside and being close with family.

I wish Al Shaya family would return this house as it once was so that future generations can see where they came from. Please turn it into a museum so that everyone can enjoy it's beauty.
Posted by Crazy in Kuwait