Last week I was heading to the gas station in Fintas when I had to brake suddenly to avoid hitting 20 foreign nationals crossing the road. There were hundreds of them on both sides of the street standing around. I don't know if they were on strike or what but they seemed to be working for the Sea base in Fintas? There was one lone police officer standing there but no officers guiding traffic. It was kind of like they were playing Frogger with the traffic on that road because everyone speeds on that road and then suddenly coming around the curve there is a sea of people.
﻿ 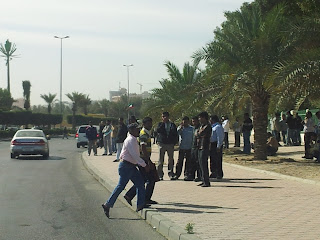 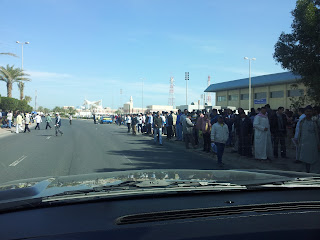 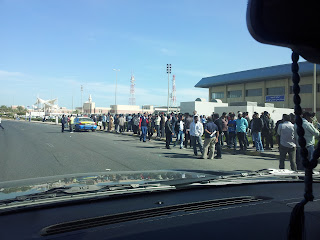 I tried to find some info in the Arab Times but there wasn't anything about it. The whole area has turned into a bachelor city and it's time for us to move because it doesn't feel safe anymore. Imagine if all of the bachelors got together and protested, they could probably take over Kuwait if they wanted to. ﻿
﻿
Posted by Crazy in Kuwait