This is what the courts in Kuwait look like on the inside. There is wood panel and two podiums that remind me of Judge Judy's court but they aren't used. Instead your name is called and you get to go into the room (second pic) and stand in front of the judge and his secretary. The secretary's job is to WRITE down everything said, no shorthand or typing, just pen and paper. The door is open which means everyone in the room can hear your business, no confidentiality there.

If the other party doesn't show you get to come again and again, a total of three times, if one of the parties do not show within those three dates the judge will make his verdict, which of course is another appointment, of course you can hire a lawyer or give someone else permission to show up in your place. There is however a whole other process for giving someone power of attorney and that involves some running around. 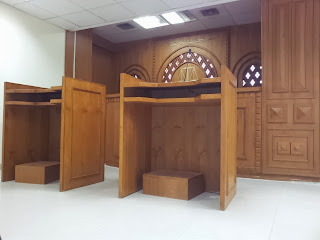 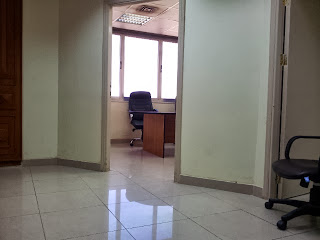 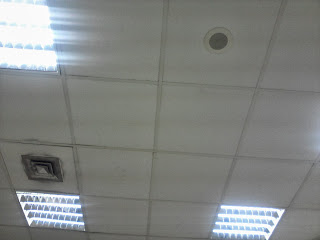 It's all in Arabic so make sure you bring an interpreter although one time the court had an Indian lady translate for me and she butchered my version really bad so be careful.
Posted by Crazy in Kuwait