Sheep slaughter in the Bushes

KUWAIT CITY, Oct 14: The Kuwait Municipality has warned the public against dealing with butchers who have no health certificates and are operating outside the central slaughterhouses in the six governorates, reports Al-Shahed daily quoting sources.

Sources from the Municipality said some of these butchers carry viruses deemed harmful to both humans and livestock. They also confirmed that the emergency teams in all governorates will closely monitor the activities of the butchers through surprise inspection visits during Eid Al-Adha, particularly at dawn.

I don't think they got the message from the government, I walked outside to see this behind my car. 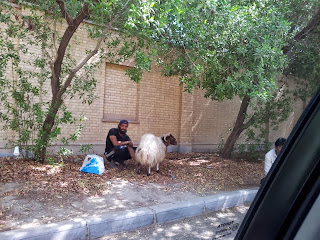 A few houses down... 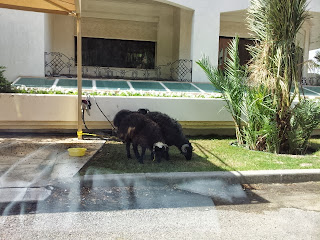 What was left when we returned. 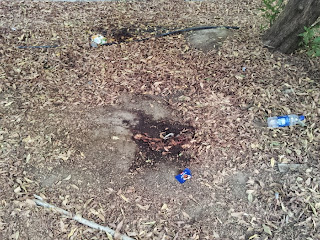 I thought moving to the city would be better, I guess everyone in this country thinks it's ok to slaughter animals where ever they want.
Posted by Crazy in Kuwait