"Models" and their crew take over the Park

The kids wanted to go to the park after we had our lunch so we got all of their bikes and balls and headed to the park. Well I would have never guessed we would have run into a "modeling" shoot in the middle of the park? WTH? Is anywhere safe from hoochies? My mom and I were a few steps behind and when I got up to see where the kids were one of the photographers were taking pictures of my nephew and my kids, again WTH?
Everyone knows how pissed people get when their pictures are taken without permission and she had nerve to take pictures without asking parents first? I took off over the area and she didn't say anything just walked off. My nanny told me she told the chick not to take pictures and the chick smarted off something to her in Arabic.
The whole time these two "models" (if that's what you want to call them) were posing and laying all over the park equipment, yuck! There are kids around! They even started yelling at the kids when they were coming to close to their shoot.  Come on, who does a photo shoot on Saturday in a public park when there are children around?
It got worse when the "model" with the grey shirt took it off (she had a small tank top on) while she was standing on the park bridge and put on another shirt. Really? Have they no shame? She kept on pulling and tugging on her shirt until she finally took it off. This country has truly spun out of control! When I first came here you would never see half-naked chicks walking around like nothing, women were more modest, now they show everything, transvestites are out in the open, gays are prominent and it keeps getting worse.

I almost expected her to start licking the equipment like Miley Cyrus. 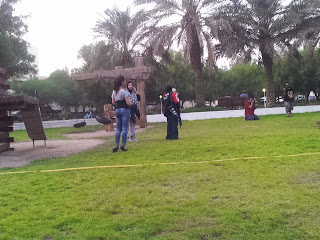 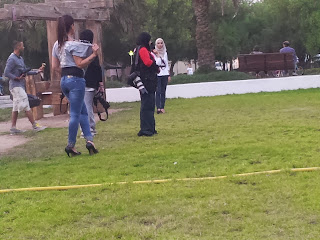 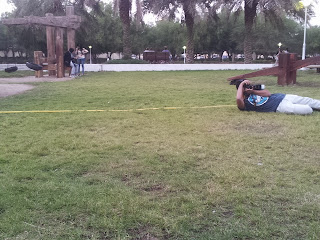 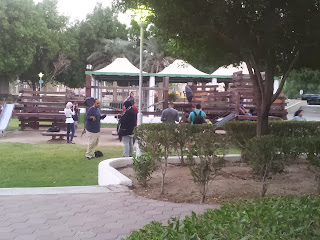 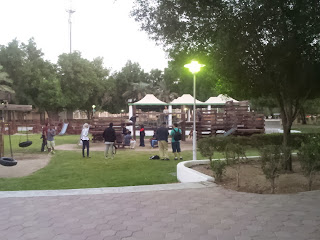 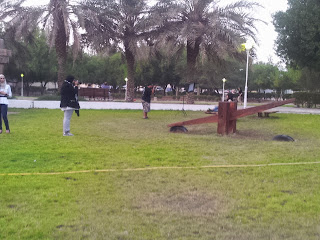 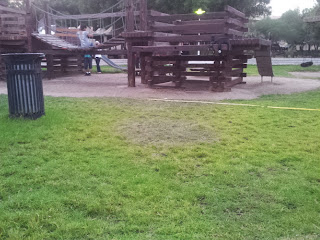 I guess rickety old park equipment is the new thing in modeling or else they were just cheap and couldn't afford a real studio. It seems as if no where is safe to take your kids in Kuwait.
Posted by Crazy in Kuwait