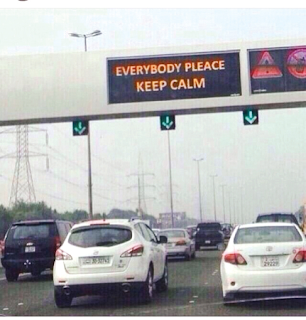 A Kuwaiti newspaper on Sunday assailed the ministry of interior for misspelling the word “please”, saying the ministry has taken the English language to the 15th century.

The Arabic language daily Al Anba carried a picture of a large electronic board installed by the ministry of interior above a motorway saying :”everybody pleace keep calm.”

“It seems the ministry of interior has decided to take us back to the 15th century when the word ‘please’ was written ‘pleace’….such a mistake has exposed the ministry and it seems that this department and other government offices need an Arabic-English proofreader to avoid such scandalous errors,” the paper said.(link) 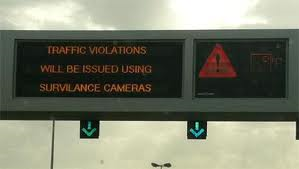 They just now realize they have a bunch of morons trying to translate Arabic to English? At least it didn't say "ibleeez"....... come on folks "pleace" use spell check.

UPDATE: I get emails all of the time from Kuwait websites I have not subscribed to so yesterday I was in the process of trying to unsubscribe when I saw the "unsuscribe" option. 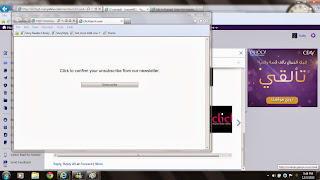 Does anyone double check their spelling before approval?
Posted by Crazy in Kuwait