What happens when you mix Barbie and go-karts? Road Rush Kuwait 2013, held in Shuwaikh at the Sirbb Circuit which was a pretty cool event. I was the only foreign woman there as 99% were young, high-spirited Kuwaiti females ready to race. Most of the females were decked out in leggings and platform sneakers with their Chanel bags holding their racing gear. I didn't know you had to have your own teams of 5 or more and sign up the day before in order to race the karts, it didn't say that on the many advertisements I've seen. Bummer!

I had to sit and watch as they went round and round, some crashing into the barriers and some spinning out. We spent a couple of hours there but had to leave because ya know, we have jobs and couldn't stay until 10 pm. The venue was awesome, it reminded me of the tracks in California but there you had a choice of three different types of go-karts. The place is gorgeous and the patio area will be awesome to watch the races. I'm not sure when the circuit opens for the public, they are still building and fixing stuff but I can't wait!!!!!

We kind of felt out of place, it was a public event but most of the girls knew each other and were so young. I wouldn't mind joining their group but I think I'm too much of an outsider. Next time when they advertise I would hope they put more directions for females who want to race instead of it feeling like a high school click. 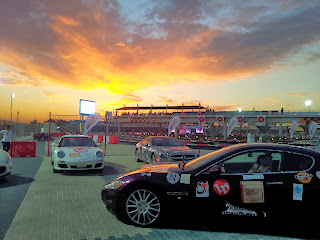 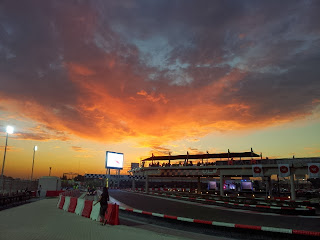 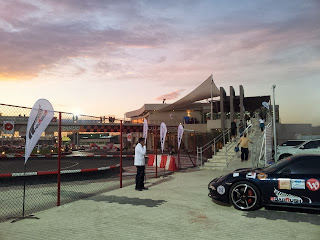 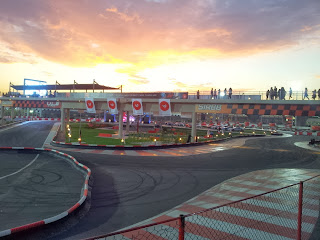 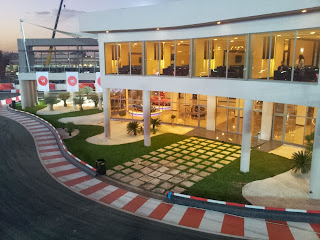 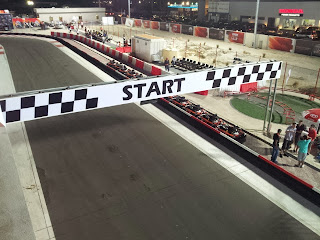 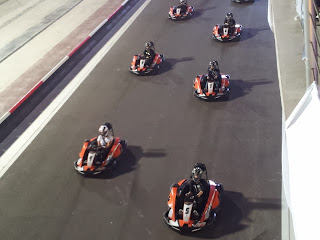 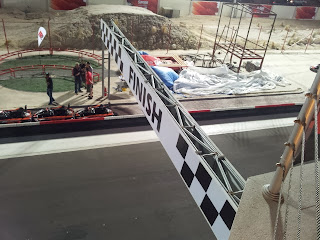 I hope they have a day only for women like they do at the water parks that way females can have fun without worrying about some douche running into them and harassing them.
Posted by Crazy in Kuwait