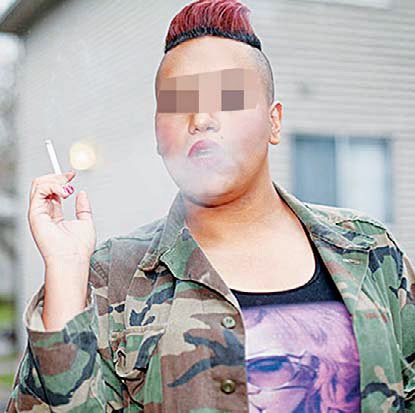 "Once or twice every year, Coco Moreno braces herself for a full 24 hours of travel over the Atlantic Ocean, a layover at Heathrow Airport, and sometimes Schiphol, Amsterdam, then onto the Arabian Gulf, where she touches down in her hometown of Kuwait. On rare occasions when Coco returns home, she faces the grueling process of putting on what she calls her mask of 'maleness'. She dreads when she leaves her bras, lacy underwear and makeup in her apartment in Iowa city, where she is a junior at the University of Iowa, to live up to her parents'-and her society's standards of masculinity."link

So, is she going to seek 'asylum' in the USA or come back and try the gender changing process like 'Amal' did (the Kuwaiti guy who fought the court to change his gender to female)? I guess the bloodline ends with him since he's the only son. On a positive note, at least society can't blame the lack of eligible Kuwaiti men on those foreign women devils.