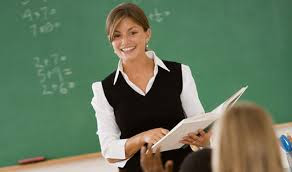 My issue is as follows and any legal advice would be most welcome. I am a teacher at a school in Salwa. I started my contract on Nov 27, 2014 and signed the contract for the school on that day.

On my contract it states that the second party (myself) needs to hand in all paperwork to start the process of residency. I did this immediately on my arrival. The school has stalled several times on my getting residency.

On the third attempt I was stopped at the airport in Kuwait en route to Bahrain (to begin residency) with a KD 510 fine because my school had failed to pay my visit visa extension, even though I had told them in an email that the expiry date was coming up.

To cut a long and very detailed story short, the school has still failed to get me a residency card and it is now going on for month 6 of my contract.

This delay has had repercussions as with no bank account being allowed to be opened without residency I have not been able to send remittances to my home country which has resulted in my Retirement Annuity being stalled and my car insurance cancelled.

Furthermore, my contract stipulates that I am entitled to Health Insurance but they only gave me Government Health Insurance which is not the same as full medical coverage and of course, when I had an emergency procedure resulting in me paying out of pocket when I had to go to a specialist. Due to all these grievances (and there are more with emails as proof), I decided to resign.

I have in the meantime signed another contract with a very good school with an excellent reputation. I have brought a lawyer on board to assist me with the legality of this procedure and will be submitting my resignation with the threemonth Kuwait rule of resignations.

Today I went to the Shaun with my lawyer’s mandboub and was told the following: my work permit was only registered by the school in March albeit that my contract says I started work in November 2014.

Transfer of residency means that I have to have processed one year of work before it can be a valid transfer, correct? However, if the work permit is anything to go by, I have only been working since March 2015, which is like, 2 months How do I overcome this obstacle when it is very clear that my current school has not, in my estimation, followed procedures with my contract? Do I have any legal recourse to transfer even though I have not worked a full year? What would next steps entail, especially since I have signed another contract? My lawyer is Arab and although helpful, I feel that a lot of what I am trying to communicate is lost in translation. I am currently desperate for clarity as regards answers.

Name withheld
Answer: It’s good you hired a lawyer because yours is a very difficult case. Legally, things go against you because according to the law you have been on this school’s sponsorship for only two months although you have been working for this institution for a much longer period. A lot of this is also your fault as you should have acted on the issue earlier.

The fine, however, should have been paid by the school as it did not get you a temporary residence (Article 14) for the duration you “overstayed” in Kuwait after the expiry of your visit visa.

Having said that, you can still transfer to another firm / school if you are a university degree holder and your current employer gives you a release (although the Ministry of Social Affairs is very strict on the issue and normally does not allow transfers after a mere 2 months).

If you don’t have the release you will have to serve the required period before you can request a transfer. The same will be the case if you are not a university degree holder. It would be easier for you if you directly approach the Director General of Immigration, at his office in Dajeej, Farwaniya, and request him to waive the required for the transfer.

This would, however, be subject to the school giving you a release. But before you go to the Immigration chief, please remove the contradictions in your statements because on one hand you say that it’s been six months and you have still not got your residency and at the same time you say that your work permit was registered two months ago. If we understand correctly, your work permit has been processed at the Ministry of Social Affairs and Labor but your school has still not got you the residency stamp in your passport.

If this is the case, you should also approach the Labor Department in your area and file a complaint stating that the school has not given your right for the period you have been in Kuwait and as your rights have been denied you no longer wish to stay with this school.

On the issue of not being able to send money home or pay for your Retirement Annuity or the car insurance, you don’t need to have a bank account to make payments for the same. You can send the money directly through the money exchanges.

You must have the money because you have not mentioned anything about not getting your monthly salary. So, if you have the money remittances can be made along with the other payments through various channels, not only through a bank account.

----I guess the person answering her question told her off regarding the discrepancies in her story!
Posted by Crazy in Kuwait