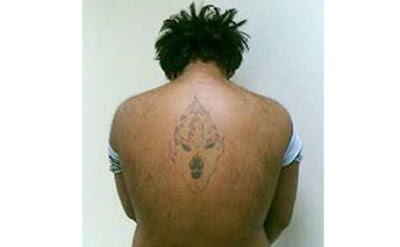 Kuwaiti teenagers are increasingly following a widespread Satanist sect managed from abroad and two to three of them are committing suicide every month at their leader’s orders, the interior ministry in the oil-rich Gulf state has warned.

It said Satanists are expanding their activities in Kuwait by targeting young people and that many of them have already joined such a sect.

In a statement published by the Kuwaiti Arabic language daily ‘Al Anba’, the ministry said police had raided some cottages and houses and found printed material outlining such beliefs and urging the youth to join the sect.

The ministry described the followers of this sector as apostates as they believe that Satan is the creator of the universe and that those who want to join them must follow certain rituals including “washing hands with blood, having tattoos on their bodies and declaring their obedience and allegiance to Satan”.

“There has been an increase in suicide cases among the Kuwaiti youth who belong to foreign Satanist groups. The leaders of these groups have given teenagers clear orders to commit suicide to champion their beliefs.

“Between two and three teen boys are now committing a suicide every month,” the ministry said.

It said police had raided parties in the heart of the desert involving rituals by the Satanists, adding that they included loud music and dancing, slaying cats and drinking their blood, which they also use to stain their faces and bodies.

“During the day, they go to the cemetery to dance on graves and all of them have tattoos on their bodies or a star image on their necks.

“Some of them have the number 666 stamped on their heads as they believe that it is Satan’s number.”

It said some of those followers also have “obscene” drawings on their bodies while others have rings in their ears, lips or tongues.

“We wonder why our youth blindly rush to join this bizarre sect. There should be a national plan to study and identify the reasons that are pushing our youth to zealously follow the Satanists so we find solutions to this serious problem.”
Posted by Crazy in Kuwait