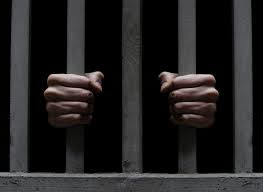 KUWAIT CITY, Sept 10: An American expatriate was arrested in Ahmadi area as he was wanted by law for failing to pay a debt worth KD 8,588.

According to security sources, Ahmadi securitymen were patrolling the area when they stopped a vehicle and checked the details of the driver to discover he is an American citizen who is wanted by law for a failing to pay off a debt. He was arrested and referred to the concerned authorities for necessary legal action against him.
Posted by Crazy in Kuwait