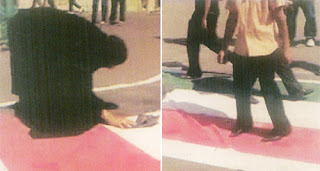 Albu Draj, an Iraqi tribe, threatened to occupy Abdali zone after the allegation made by the Iraqi Ministry of Transportation that the Mubarak Al-Kabeer Port will negatively affect the Iraqi ports, reports Al-Shahed daily quoting sources.

Sources have quoted Sheikh Fadhel Al-Draji, one of the prominent members of the tribe, as saying “the tribe will occupy the zone if the problem is not solved in a diplomatic manner.” He warned the tribe has the ability to take control of the area to suspend the project.

On the other hand, Basra police officer Brigadier Faisal Al-Abbadi confirmed the participants in a meeting Monday agreed to wait for the results of diplomatic steps taken in this regard.

Moreover, Al-Seyassah daily has reported that Iraqi Ambassador to Kuwait Mohammed Bahar Al-Oloum expressed deep regret for the trampling of the Kuwaiti flag during a demonstration in Baghdad recently. He explained this behavior contravenes the Iraqi values and Arab morals, and such acts are committed only by mercenaries keen on instigating chaos between the two nations.
Al-Oloum stressed the Kuwaiti-Iraqi relations have been improving despite the recent disagreements. He believes the leaders of both countries have the ability to resolve a number of pending issues between Iraq and Kuwait.

Really? Sounds like a ban on Iraqi expats is needed and close up the border or just drop an A-bomb on Iraq. Harsh, yes I know.
Posted by Crazy in Kuwait