I just saw an ad for a book on how to speak Kuwaiti Arabic. Each Arab country has it's own dialect but I think Kuwait is different than most. There are different Kuwaiti dialects within Kuwait, the hather and bedoo dialects. I can understand hather dialect easier than bedoo. I think I will pick up this book as I have an older Gulf dialect book I got ages ago. 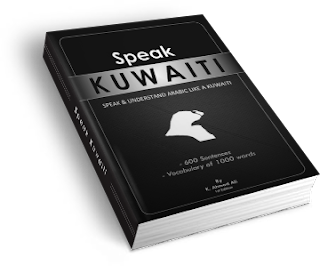 The work Failaka as in the island is pronounced as it is in bedoo dialect but in hather they turn the 'k' into 'ch' so it's pronounced Failacha.

If you would like to learn more here's the link:

http://www.speak-kuwaiti.com/
Posted by Crazy in Kuwait