DNA required for new passport...things are about to get Interesting! 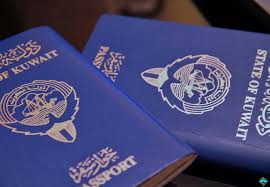 KUWAIT CITY, Aug 17: Assistant Undersecretary for Citizenship and Passports Affairs at the Ministry of Interior Major- General Sheikh Mazen Al-Jarrah said the government of Kuwait expects to receive the first batch of e-passports next week, reports Al-Rai daily. He also disclosed he plans to visit Germany next Sunday to receive approximately 65,000 ‘special’, diplomatic and ordinary passports.

He added the rest of the passports will be received before the end of 2016 or early 2017 depending on how fast the DNA tests are carried out. In the meantime, Al-Jarrah added the process of withdrawing the citizenship from people who had obtained it through fraudulent means is an ongoing process. He also declared the government has prepared a list of names who will be granted the citizenship and that their names will be declared in due course of time.

Meanwhile, Al-Jarrah has denied rumors that he has been transferred to the ministry’s headquarters. The Al-Shahed daily said Ministry of Interior is all set to expedite the DNA tests for persons who apply for the e-passports.

The daily quoting security sources said the DNA testing is of prime importance because it will disclose the names of those who had obtained the Kuwaiti citizenship through fraudulent means. All those who are found guilty will be referred to the Public Prosecution.

The same sources said Kuwait’s population suddenly showed a sharp increase after the liberation of Kuwait in February 1991 as a result of which the demand for marriage and housing loans increased.

The authorities believe during this period many people got the Kuwaiti citizenship through fraudulent means in an organized manner.

The sources added before the invasion some Kuwaitis had married divorced and widowed Iraqi, Syrian, Jordanian, Iranian and, Egyptian women who already had children from their former husbands, but after the invasion they entered Kuwait with these children and claimed they were offspring from their Kuwaiti husbands and got them the citizenship.

The source explained that some employees at the border ports and the Citizenship Department also helped increase the burden on the government by helping thousands of their relatives get the citizenship taking advantage of the chaos that accompanied the liberation of Kuwait from the Iraqis and the Kuwaiti population saw a sudden rise from a mere 650,000 before the invasion to 1,300,000 at present.

---Rumor has it people are already starting to sell their houses and property as they leave Kuwait trying to avoid prosecution for forged citizenship. How many stories of fathers finding out their child isn't theirs are we going to hear about soon? A giant can of worms is about to be opened.
Posted by Crazy in Kuwait