It's that time of year for parents to dig deep down into their savings and pray they can cover the ever increasing cost of sending children to private schools. Children get a Burger King education on a Harvard payment plan...welcome to Kuwait! My last school fee (post) was in 2013 in which you compare the difference in the prices which will continue to increase annually.

UPDATE: These prices were taken off of the websites, it does not reflect the additional fees of transportation, uniforms, books or other costs associated with private schools. 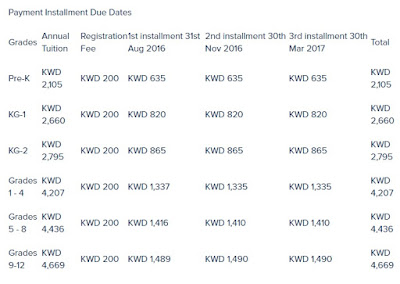 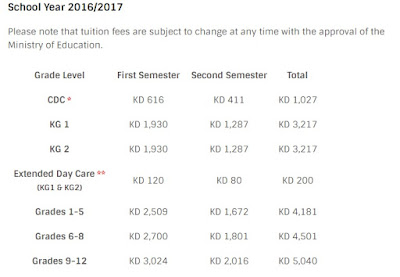 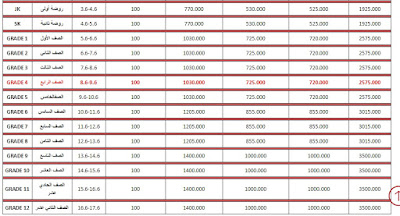 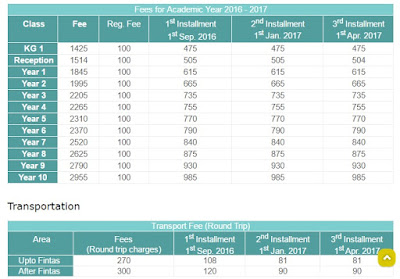 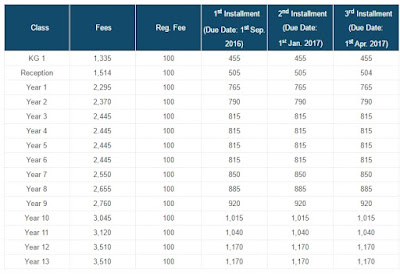 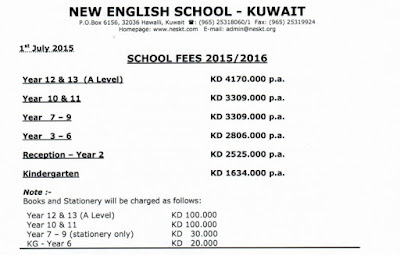 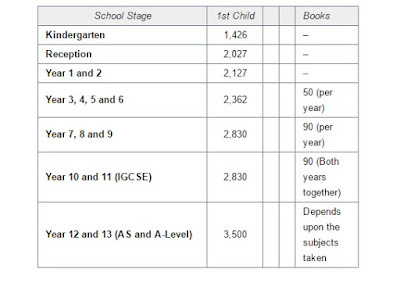 These fees for American/British/Canadian are compared to the Indian/Pakistani school fees below, what a massive difference in fees! In all honesty I have visited the Fahaheel school and it was shocking to say the least but my main point is the school fees are less for those who are willing to do without all of the fancy amenities. Update: I visited the school over a year ago for those asking. 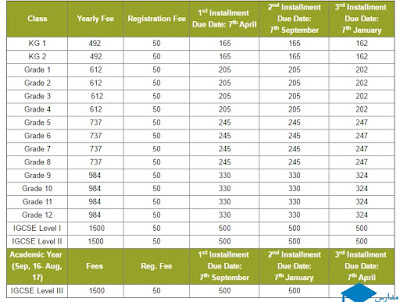 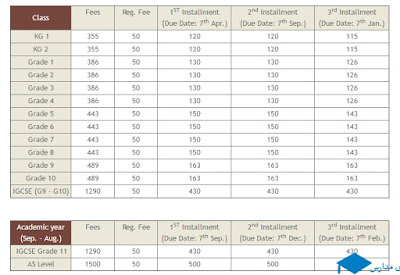 I do know that the testing standard for the Pakistani school is really difficult.
Posted by Crazy in Kuwait