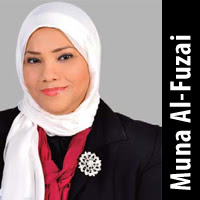 I do not know why people would go swimming wearing full clothes, unless they are trying to draw public attention. This is my personal opinion because I cannot find a justification for such weird behavior while swimming in public pools or the sea. The question here is why this insistence on challenging Westerners in their own countries?

The burkini, a wetsuit-like garment that covers the torso, limbs and head, has prompted growing national discussion in France about Islam and women’s bodies, even though it is only worn by a handful of Muslims. This weird swimwear raised heated debate in French society and calls for a ban on burkinis. It has received support by most French political classes because they see the burkinis have no place in a country whose motto celebrates equality and freedom, and this dress code has no place in French values, traditions or customs.

France’s Socialist prime minister expressed support for local bans, saying that the swimwear is based on the “enslavement of women” and therefore incompatible with French values. Three French Mediterranean towns have banned the garment on beaches this summer, citing security concerns after deadly extremist attacks throughout the year. Some have criticized the ban, saying it is a discriminatory decision and could inflame religious and social tensions. Some also expressed readiness to pay the €38 penalty against any woman who wears the burkini.

Prime Minister Manuel Valls expressed an opinion in an interview saying that this kind of swimwear is not compatible with the values of France, adding that he does not think a legislation is needed because general rules on clothing restrictions cannot be a solution.

I believe he is right. I keep wondering why any of those women are so desperate to go to the beach and attract public attention by wearing clothes that are alien to French society. If these women are so keen to swim, why do they not have their own pool in their private homes instead of making themselves a subject of security concern and attract public and media attention. I cannot see it as a matter of fashion or personal liberty.

It is known that French laws ban face-covering veils in public. France has lost a lot of innocent people because of terrorism. It is natural that when you cannot see the face of a person, you are concerned, especially in these circumstances. I do not know why some people insist on imposing their vision on countries that do not deprive them of religious practices and try to impose their views by force. France has the right to decide on matters for millions of its citizens and protect them. 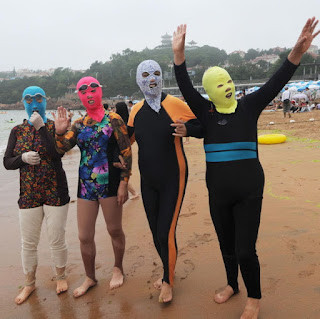 --How many times has this woman said rude things about people and situations? She talks about foreign women marrying Kuwaiti citizens and this time she talks about the 'Islamic Bikini' in which she can't understand why women who wear them want to go to the beach. While some Muslim women like to hang out in hotels wearing bikinis others wear Islamic attire, what's the big deal and who is she to judge? No one has said anything about the Chinese women who wear face masks to protect their skin while looking like a hospital patient. I wonder what France would say if they dealt with a Chinese lady who was covering her skin as to not get skin Cancer?link
Posted by Crazy in Kuwait