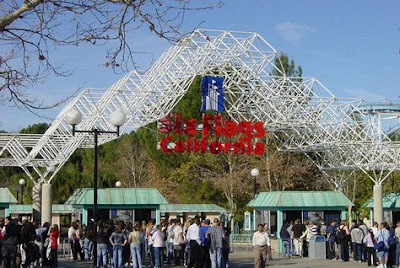 “There will be rides that are bigger, better, faster, broader than any rides in the world,” John Odum, senior vice president of international park operations at Six Flags was quoted as saying.
Both Abu Dhabi and Dubai are encouraging the development of theme parks to help boost foreign tourist arrivals as oil prices slump, causing an economic slowdown in the region.

--I guess that means Entertainment City won't be turned into an awesome theme park, bummer!
Posted by Crazy in Kuwait