When we were visiting the Souk area in the Avenues I saw kids with a glass bottle drink. I recognized the marble in it because my daughter is into Anime and had bought a Japanese brand drink that had a marble in it. We found the "Bo Teela" drink shop and I had to have one. My husband recognized them from the stories his father used to tell him about the drinks. I bought the blue one (1.250 KD) which held a couple drinks of soda, refill? My hubby decided to pop the marble seal close to my head and the pressured air made my hair fly and scared the crap out of me. ﻿ 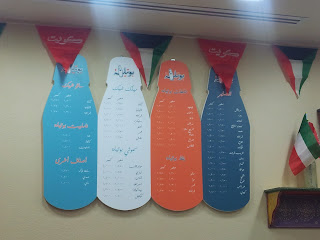 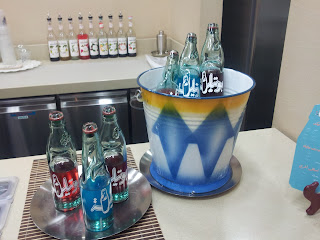 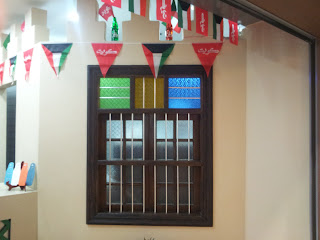 This is one of the original bottles that were on a shelf in the Shatiya Watiya Kuwaiti restaurant. The bottles are known as Ramune or Codd-neck bottles after the inventor Hiram Codd and they were introduced in 1876. They are known as "mabu soda" in Japanese for marble soda.﻿ 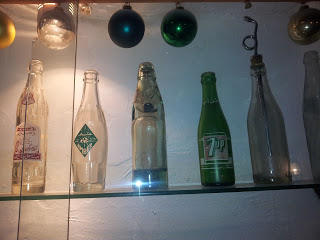 My hubby took a couple bottles to his father and was told some stories of his father's childhood.
Posted by Crazy in Kuwait