What To Do in Kuwait- Sheikh Mubarak Kiosk

I had to pick up some kohl from Mubarakiya and I spotted the Sheikh Mubarak Kiosk which I didn't know existed until I got the brochure of museums from the National Museum. Since the celebrations are on I guess they got a couple dudes to dress up in the old Kuwaiti uniforms which was cool and I would like to see some more people dressed up in historical attire when visiting various museums. 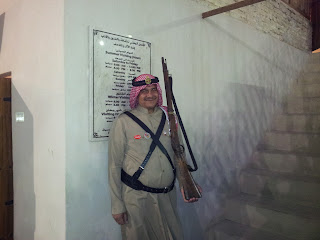 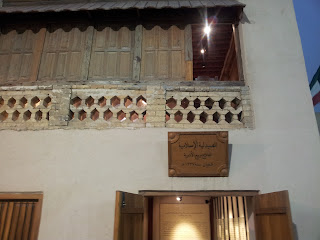 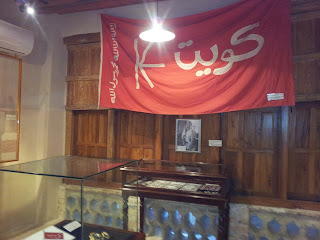 A little history:
The kiosk consists of two levels. It was the headquarters of Sheikh Mubarak Al- Sabah and a plce where he supervised trade, followed up onissues of citizens, resolve their issues and negotiated with them according to the Kuwait Museums guide. 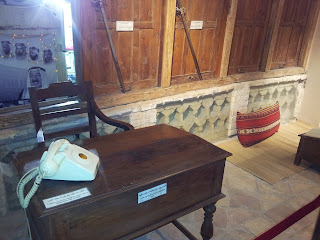 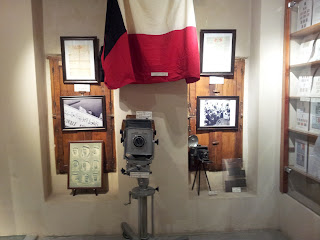 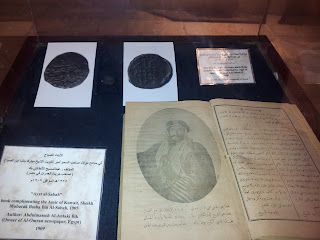 By this time my hubby had has his fill of Kuwait history and wanted to head home. The kiosk is located in Souk Mubarakiya across from the currency exchange market next to the date souk. 22408496
Posted by Crazy in Kuwait

Email ThisBlogThis!Share to TwitterShare to FacebookShare to Pinterest
Labels: culture, heritage, info, places of interest, things to do in kuwait