What To Do in Kuwait- Amricani Cultural Center

After leaving the Behbehani Complex we checked out the Amricani Cultural Center also known as the American Mission Hospital which is within walking distance of the Complex. It was actually closed but we were able to have our own special tour. The outside was beautifully restored but once we got to the doors of the center it became ultra modern. I wish they would have kept some of the historical value on the inside. There must have been a lot of money used to restore it which is great but there are so many other museums and historical sites that can use some donations as well but I guess UNESCO had a hand with the restoration as well.﻿ 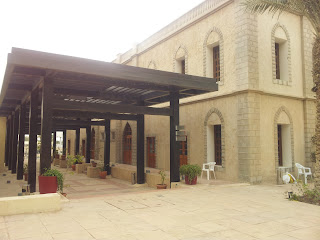 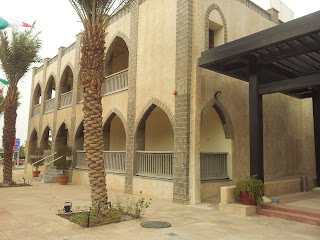 We were taken on a tour of the inside and saw a few historical items. We watched the history of the hospital in the theatre and learned of the American missionaries goal was to covert Muslims as they treated them in the hospitals. 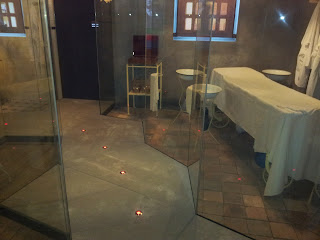 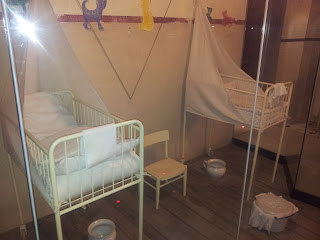 The hospital opened in 1911 and was probably one of the first modern hospitals in the Gulf. 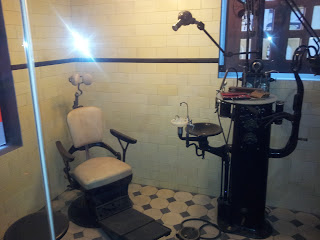 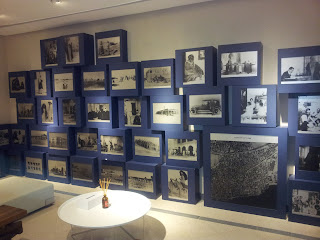 It is an ultra modern experience but I found it a little boring. I'm more into the old original buildings and architecture. I wish they would have kept one floor or area totally original that way one can get a better feel for how it used to be.
Posted by Crazy in Kuwait

Email ThisBlogThis!Share to TwitterShare to FacebookShare to Pinterest
Labels: culture, history, old kuwait, places of interest, things to do in kuwait