KUWAIT: MP Hamdan Al-Azmi made official questions to the interior and commerce ministers regarding the ministries’ efforts to ‘ban’ Halloween celebrations in Kuwait, which he classified as a “negative and foreign phenomenon in the Kuwaiti society”. “Several shops at local malls sold stickers, scary costumes and strange-looking candies in celebration of the so-called Halloween holiday in which celebrators mark the night of Oct 31 with practices that go against our values and principles,” said Azmi in the preamble to his questions to Deputy Prime Minister and Interior Minister Sheikh Mohammad Al-Khalid Al-Sabah.
He called for measures to tackle “Westernization in the Kuwaiti society” and “promoting occasions that are alien to our Islamic faith and social traditions”. In his questions to the interior ministry, Azmi asked which authorities have taken measures against shops selling Halloween related items or any items “that violate our traditions and Islamic faith”. He also inquired about the ministry’s plan to ban selling those items. He also asked Minister of Commerce and Industry Anas Al-Saleh about the ‘failure’ to stop local shops to import and market Halloween-related items in Kuwait. Azmi had made similar statements last week urging the two ministers to take action against what he called a ‘travesty’ of promoting Halloween items locally. 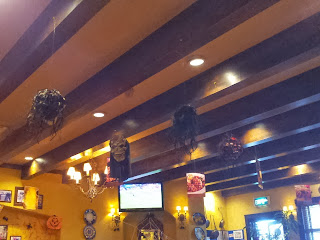 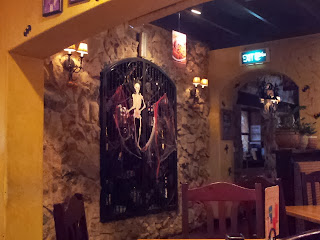 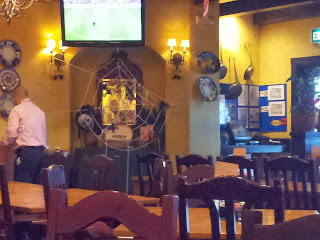 I think this is the first year that almost every business in Kuwait celebrated Halloween, force feeding Muslims pictures of witches, spider webs and pumpkins. The British school my kids attend also participated under the cover of charity, if the students donate 250 fils they get to wear a costume. My kids gave 250 fils but wore normal clothing. I never thought I would have to explain Western holidays to my young children while living in a Muslim country.
I figure everyone feels more powere now that the expat populations is double that of Kuwaiti citizens so they pretty much do whatever they want now, at least Saudi Arabia still has some control as they have banned all non-Muslim celebrations. My opinion will tick off a lot of people but there are many people who feel the same as I do. Now it's time to start gearing up for Christmas, I wonder if businesses will try to push the limit on that holiday as well?
Will we see Santa and his reindeer?
Posted by Crazy in Kuwait