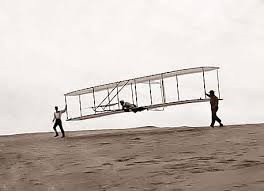 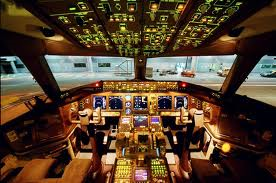 
KUWAIT: The Kuwait Airways is buying five used aircrafts from India’s Jet Airways after an initial deal with Airbus fell apart due to lack of funding, a local daily reported yesterday quoting sources with knowledge of the case. Speaking to Al-Qabas on the condition of anonymity, the sources said that an agreement to purchase the Airbus A330-200 aircrafts was reached during Kuwait Airways board meeting last Wednesday. Kuwait Airways had signed a memorandum of understanding earlier this year with Airbus to purchase and rent the same class of aircrafts, but the deal fell apart due to lack of funding and after Boeing reportedly entered negotiations with the national carrier. According to the sources, Jet Airways offered the five planes which have a total capacity of 1260 seats (252 seats each) for a total of KD 80 million.
The Kuwait Airways’ board sent its approval to the Kuwaiti government to make the final decision; which according to the sources is expected to be made by the Kuwait Investment Authority, which represents the general assembly for the Kuwait Airways and which will fund the deal if approved. If a deal is signed, the source predicts the aircrafts to arrive early next year. The planes, which have been in service for four years, can be used in medium and short range flights to Europe, the Middle East and Far East, the sources said. They added that each plane has two classes; a ‘Premium Class’ with 42 seats for businessmen, and an economy class with 190 seats. Kuwait Times
How sad is it to see Kuwait Airways has to settle for used jets from India while Qatar and UAE just spent billions to supply their growing fleets.
Better news for Qatar and UAE!
Boeing launched a long-awaited new version of its 777 long-haul jet with 259 orders from four airlines at the Dubai Airshow on Sunday. Boeing Chairman James McNerney said the order, based on commitments worth some $100 billion at list prices, was the largest combined order in the company's history. The deal includes orders for 150 of the aircraft from Dubai's Emirates, 50 from Qatar Airways and 25 announced earlier by Abu Dhabi's Etihad Airways. Boeing also won an order for over 100 narrowbody jets from budget carrier flydubai.

"In recent years much of the attraction in global aviation has shifted to the Middle East because countries like the UAE and Qatar have tapped into our geographical advantage to build a new airport transport connection for the world," Sheikh Ahmed bin Saeed Al Maktoum, the chairman of Emirates, told reporters.

The 777 orders will replace some ageing aircraft and help add capacity to both airlines.
"This order will help Emirates meet it's future need ... and ensure Emirates can continue to be competitive with the latest and most efficient aircraft. The order will help it serve new customers around the world. The order (for both Emirates and Fly Dubai) ensures our commitment and long-term vision for the aviation vision up to 2025 and beyond," Sheikh Ahmed added.

Qatar Airways CEO Akbar Al Baker described the 777 fleet as a revolutionary aircraft that would transform the industry, claiming it was already the airline's flagship aircraft and had been the backbone of Qatar's fleet as it rapidly expanded. "(The new order will help) to chart a new course for Qatar Airways to elevate our fleet to a new level,"Al Bakar said. Arabian Business

It's funny that Qatar has moved up to the level of UAE considering 10 years ago gulf countries used to make fun of Qatar for being poor and not up to their level, then the natural gas came and the country came together to build a better future as well as trying to own London.

Oman has also risen in ranks as their country's citizens do the work of expats to make their country stronger and less reliable on foreigners. I think the key word for the success of these countries is unity.
Posted by Crazy in Kuwait