Co-op prices higher than other Stores 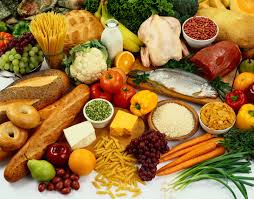 KUWAIT CITY, July 2: The Ministry of Social Affairs and Labor intends to privatize the cooperative societies, reports Al-Seyassah daily quoting Minister of Social Affairs and Labor and State Minister for Planning and Development Affairs Hend Al-Subaih. Al-Subaih disclosed the ministry is conducting a study to look into all aspects of privatizing the cooperative societies.
She said the ministry has started collecting previous studies in this regard. She added a specialized team consisting of economic experts to lay down the mechanism for the project. In a related development, sources from the ministry revealed some people have expressed objection to the privatization of cooperative societies.

Furthermore, board member of Al-Qadsiya Cooperative Society Abdulaziz Al-Othman explained the process of privatizing the cooperative societies is against the constitutional stipulation on protecting properties and capital, particularly since this money is not public fund. He stressed there is no legal principle allows the ministry to manage private funds.

I rarely shop at co-ops because the prices are so much higher than private grocery stores. I had to pick up a couple things quickly so I passed by the co-op, I got a bag of potatoes for 1.650 KD although I only pay 990 fils at LuLu. The co-ops are another money making scheme, I've heard that when they have the promotions where people win prizes the winners are already chosen from the pool of people connected to the board members.
Posted by Crazy in Kuwait