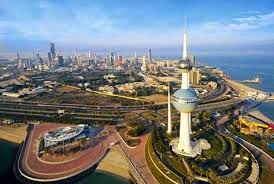 KUWAIT: A top government committee recommended canceling health insurance for expatriates, saying that it ‘widens the gap between expatriate and national manpower’ and causes pressure on public health services.A foreigner is required to pay KD 50 in health insurance for every year of their visa’s duration, in addition to fees at hospitals and polyclinics, while the majority of health services there are offered free of charge.
Kuwait has in recent years identified demographic imbalance as a serious problem that disturbs the state’s ability to provide services with sustainable quality to citizens, and puts overwhelming pressure on public services including the health sector.The general policies committee at the Supreme Council for Planning and Development called in its latest report to ‘transform’ expatriates’ health insurance to be handled by insurance companies and private hospitals. The reason for this is to “show the real cost of expatriate manpower, and reduce the gap between it and the national manpower”, Al-Rai daily reported yesterday quoting the report.
The mechanism to end health subsidization could be similar to Kuwait’s decision during the 1980s to stop allowing expatriate students to enroll in public schools, where education is free of charge. That decision helped create a surplus in school buildings that the Education Ministry either rented to private schools or turned into public facilities, the committee explained.
‘Doomed to fail’
Meanwhile, the committee also warned that the health insurance company, a firm that will build hospitals that provides healthcare for expatriates under insurance, is doomed to fail and ultimately seek a government bailout. The government established a shareholding company with exclusive authority to build three large hospitals in different places around Kuwait. The hospitals will provide full medical services to the country’s expatriate community, allowing the Ministry of Health to allocate public medical facilities to Kuwaiti citizens exclusively. Putting the project into effect, presumably before the end of the decade, would require increasing the annual health insurance charges that expatriates pay up to KD 150, according to early estimations. But the committee warned that the monopoly shows all indications that it will end up facing the same fate as Kuwait Airways, which suffered multimillion-dinar losses, forcing the government to repossess it. The committee said that the government should instead open the door for competition between multiple medical insurance companies.
Subsidization policies The committee also called for reconsidering the state’s subsidization policies for services and commodities, and recommended turning social subsidization into cash support. It did not recommend removing subsidization of electricity, water and food products, but demanded restructuring it. The Finance Ministry has already finished a study for ways to readjust the state’s subsidization program. The study contains proposals to organize energy consumers into categories, while increasing the charge rate gradually the more electricity or water is consumed. It does not include recommendations to alter the subsidization rate for petrol and cooking gas. Kuwait ended diesel subsidization last month as a cost-cutting measure and to prevent systematic smuggling of subsidized diesel outside the country.
Security Issues
KUWAIT CITY, July 7: The Interior Ministry has called for strengthening security measures around guards towers on the perimeter of the Central Prison, reports Al-Shahed daily. The Ministry has also put the guards on full alert after one of the participants in the demonstration hurled a Molotov cocktail at the wall of the Central Prison in Sabah Al-Nasser.
According to security sources, following the incident the Interior Ministry held an emergency meeting because throwing Molotov cocktail at security forces sets a dangerous precedent and is a threat to securitymen and endangers the lives of passers-by — citizens and residents.
The same sources said the Interior Ministry had issued orders to all security personnel to monitor the situation during demonstrations and arrest anyone who may use hazardous substance. The Ministry had also given orders to ‘shoot on sight’ demonstrators involved in endangering the lives of securitymen or using violence.

Security Threat
KUWAIT CITY, July 7: The Gulf States have become a direct target of the Muslim Brotherhood and their terrorist and sabotage acts, especially after they carried out three attacks in three countries — the Kingdom of Saudi Arabia, Kuwait and Bahrain, at the same time and in different ways, taking advantage of the spiritual atmosphere of the holy month of Ramadan, reports Al-Shahed daily.
According to intelligence reports the Gulf countries, especially the Kingdom of Saudi Arabia and Kuwait are the prime targets of the leaders of the international Muslim Brotherhood organization which recently met in Istanbul, capital of Turkey and chose to exploit the month of Ramadan to carry out sabotage operations.

The sources pointed there are plans to begin operations in Kuwait, for instance, direct confrontation with the securitymen, questioning the authority of the judiciary. To set the plan rolling, they began with confronting the securitymen and promote instability.

In Saudi Arabia, the situation was different and plans were drawn to bomb government and vital facilities. The sources explained July 3, the day President Mohamed Morsi of Egypt was ousted from office, was chosen to begin the operations and a special operations room was established to destabilize security in the Gulf states.

The sources said the Muslim Brotherhood carried out the drawn plans perfectly in Kuwait, where they pushed their trained members to block roads, burn tires, as happened in the suburb of Sabah Al-Nasser

Getting crazy!
Posted by Crazy in Kuwait