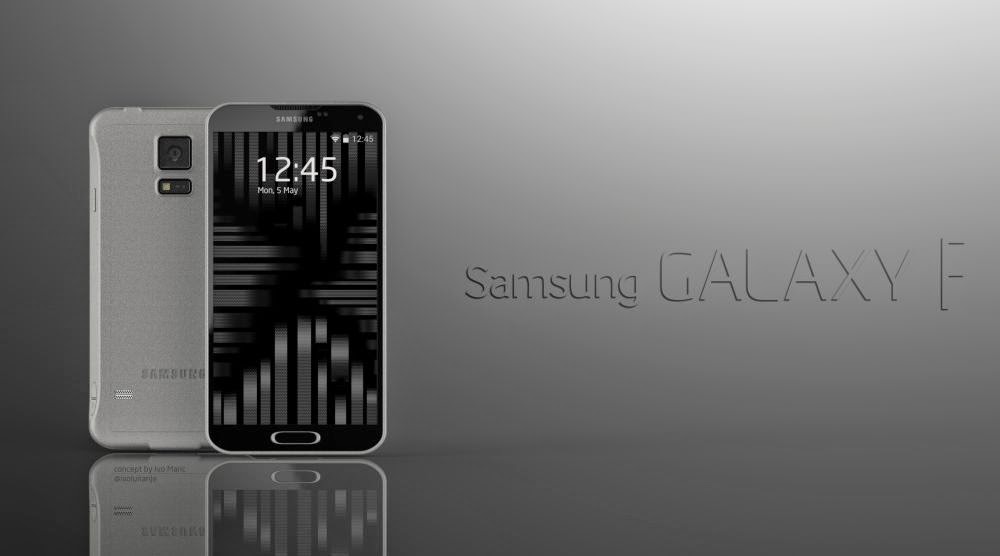 Samsung is reportedly readying its Galaxy F / S5 Prime for a September launch to battle Apple's 4.7-inch iPhone 6. A new image of the smartphone has leaked showing off its metal case and QHD display.

Sales of Samsung's current flagship smartphone, the Galaxy S5 has not given Samsung the kind of sales the company has become accustomed to when in introduces its latest and greatest device.  To try and drum up sales and be a formidable competitor to Apple's highly anticipated 4.7-inch and 5.5-inch iPhone 6, the company will reportedly introduce a new Galaxy S5 flagship smartphone in September with the Galaxy F / S5 Prime and its Galaxy Note 4 phablet.

Samsung plans on trying to outshine Apple by using a very high resolution 2560 x 1440 Super AMOLED in the Galaxy F / S5 Prime. Apple's 4.7-inch iPhone 6 is expected to use a lower higher resolution display than previous iPhone but will fall short with its rumored 1704 x 960 resolution.link

I still have my S2, every time I want to get a new one an upgraded version comes up!