Two women to be lashed for WhatsApp Cussing 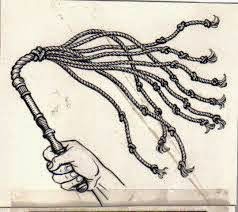 A Saudi court sentenced two local women to 10 days in prison and ordered them lashed 10 times each after they were found guilty of swearing at each other on WhatsApp.

The judge at the court in the western Red Sea port of Jeddah tried to reconcile the two but they refused and insisted on charging each other.

“The judge had no choice but to sentence the two and make them write a statement not to abuse each other again,” Arar daily said, adding that it was the first verdict of its kind in Saudi Arabia.-Emirates 24/7

Everyone should always be careful what they send out, especially in this area of the world. A man can divorce his wife via text message and regular cussing can also be used to have someone arrested.