Saudi student murdered for his Car 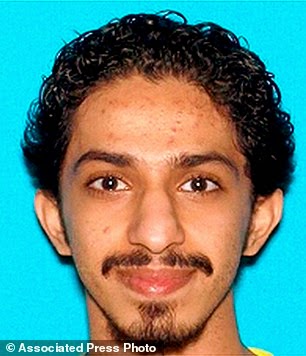 A man charged with killing a Saudi Arabian college student in California stabbed him in an attempt to keep both the car he had arranged to buy via Craigslist and the $30,000 the student wanted for the car, police revealed today.
Los Angeles Police Chief Charlie Beck said at a news conference Monday that 28-year-old Agustin Rosendo Fernandez of Long Beach was found with the Audi that sparked the murder of 23-year-old Abdullah Abdullatif Alkadi.
He also made a statement that led authorities to the missing student's body off a desert freeway.
Fernandez has been charged with murder and made his initial court appearance Monday afternoon.
He did not enter a plea and will return for arraignment next month.Fernandez is facing one count of murder with the special circumstances of murder during a robbery and murder during a carjacking.The complaint states that a knife was used in the crime.'The investigation determined that Agustin Fernandez killed Mr. Alkadi in an attempt to keep both the Audi and the purchase price,' Beck said.
'Craigslist, eBay, all the other opportunities for sales are also opportunities to let unwanted people into your lives,' Beck said. 'This happened, not the victim's fault, but with (an) absolutely tragic, tragic outcome.'Fernandez is eligible for the death penalty due to the special circumstance allegations.
Alkadi vanished on September 17 from his home near California State University, Northridge, where he was a student.Abdullah Abdullatif Alkadi, 23, was found dead on Thursday along Interstate 10 in Palm Deserts, more than two hours away from his Los Angeles home where he was last seen.

He had sold his Audi S-5 through Craigslist with an asking price of more than $35,000 the day before he was last seen.Alkadi had moved to the United States in 2010 to pursue a degree in electrical engineering student at Cal State University, Northridge according to his brother, Ahmed, 32, who is also a student there. He wanted to make his family, his parents and himself proud,' said Ahmed. 'He wanted to be a contributing member in our society but things turned out the other way around.'

Beck said the second person who had been arrested is no longer in custody, but remains under investigation.The month-long search for Alkadi brought in the FBI at the request of the LAPD, according to spokesperson Laura Eimiller. She declined to further discuss details of the FBI's involvement because Los Angeles police detectives were leading the investigation.

The Los Angeles Times reported that Alkadi's cell phone had been tracked to Beaumont, 80 miles east of Los Angeles, but that someone had deactivated it. Police located the car Alkadi sold and said the buyer was not connected to the man's disappearance.Ahmed will accompany his brother's remains back to Khobar in Saudi Arabia, where Alkadi's parents live. He was a peaceful guy,' said Ahmed. 'Regardless of any barriers we have with language or religion, he's a human being. I would like the public to pray for his soul to have peace in eternity.'
--Craigslist is a scary place, I would never deal with it, too many stories of people murdered from ads they post. May he rest in peace.

Another tragic death of a Saudi student:

A Saudi student at Tennessee Tech University was killed when he was run over by his friend in the US city of Coalfield, Tennessee, Al-Hayat newspaper reported.

Muhammad Al-Badi’s friend dropped him off in the early hours of Saturday at his house but then reportedly tried to joke with him by pretending to hit him with his car.

The friend is said to have lost control of the vehicle and ran over Al-Badi, injuring him severely. According to a police report, Al-Badi’s friend was drunk at the time.

All attempts to save the Saudi’s life failed and he died shortly after arriving at the hospital. No official statement was issued on the incident.

The victim’s family is in Jeddah and preparing to receive his body for burial. It is the second time in the space of a month that a Saudi student on scholarship has been killed in America.

Nawaf Al-Otaibi, friend of the victim and from the same university, said Al-Badi did not have any enemies but disputes the reported version of the events.

He claimed the friend ran over him three times with his car and that the driver was drunk at that time and had a disagreement with the victim.

Abdulaziz Al-Dossary, another friend, said the accident happened around 4 a.m. and the security department did not issue any statement regarding the case.

He said the incident could have happened after a fight between the pair.  He said the victim was 23. “He studied in Coalfield for two years and we heard about the incident 12 hours after it happened.

“Muhammad was good at his studies and was living alone. “I heard that all his family traveled to Jeddah and is waiting to receive the body of their son.”

Al-Hayat newspaper attempted to contact the Saudi Embassy in Washington for a comment. An employee at the embassy’s cultural mission responsible for receiving the complaints of students on scholarships, Saad Al-Sakheb, said he was not authorized to comment on this case.

He did say the cultural mission had not received any news of the incident. He told the paper that the official spokesman at the embassy was not available because it was the weekend.