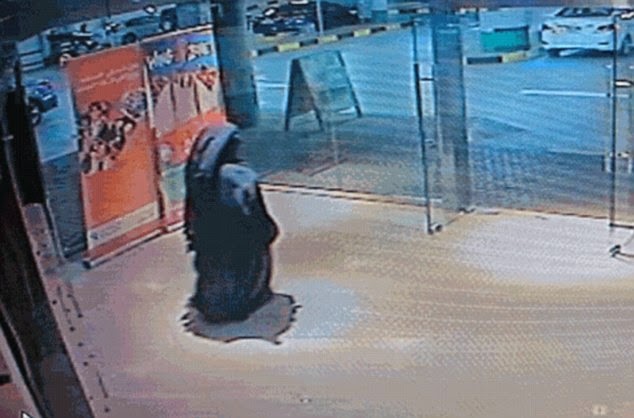 A murder investigation has been launched after an American mother was stabbed to death during a clash with a burqa-clad 'woman' in shopping mall toilets in Abu Dhabi.
The 37-year-old kindergarten teacher, who has 11-year-old twin boys, was stabbed with a knife in the altercation in the ladies' toilets a supermarket in Boutik Mall on Reem island in the United Arab Emirates capital.
She was taken to be treated at Sheikh Khalifa Medical City but died later from her injuries in the incident on Monday afternoon.
The victim - who is divorced from the father of the twins - has not been identified. Her initials are only known as ABR.
Police say they do not know if it was a woman or a man in the burqa.
Witnesses told police the pair had been embroiled in an argument in the public toilets, which are beside a branch of Waitrose, an upscale British supermarket chain which has a presence in the Middle East.story link

I bet the fight was over cutting in line in the bathroom, why do women insist on pushing their way through instead of standing in line like people with manners?