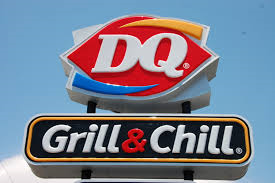 Durra Khaled For Foodstuffs Co has signed a long-term franchise agreement with Dairy Queen and plans to develop more than 20 DQ Grill & Chill restaurants and DQ Treat stores throughout the Gulf state over the next five years.

DQ Grill & Chill restaurants are planned to open by mid-2015, according to a company statement.
The first DQ Treat only stores are also expected to open in 2015 and will feature the soft-serve products that have made Dairy Queen famous around the world.

“As we prepare to celebrate the 75th anniversary of the DQ brand next year, we are building on our global brand equity as well as looking forward to developing future growth opportunities in the region,” said Brad Houser, executive vice president of International Development.

“We are thrilled to be re-entering the Kuwait market and partnering with Durra Khaled For Foodstuffs Co, a group that brings a wealth of business experience through its diverse portfolio.”
Dairy Queen currently has more than 6,300 locations, 1,394 of which are located in 25 countries outside the US and Canada.

Dairy Queen, whose brands include fruit-drink maker Orange Julius and popcorn-popper Karmelkorn, debuted in the region in 1979, according to the company’s website.
Operations in Kuwait started in the 1990s and closed in 2003 when the franchisee decided to leave the restaurant business.
Posted by Crazy in Kuwait