I watched a girl get Kidnapped 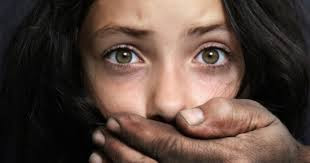 I can now add seeing a girl get kidnapped to my experiences in Kuwait.

Last night around 10:30 pm I was out with my friend and her family, we decided on Hardee's by Shaab Park. The weather was nice so we were sitting down outside waiting for our food when I heard a female screaming like she was fighting or something wrong was going on. I turned on my video and headed over to Sultan Center where everyone was looking.

I see a guy in dishdasha picking up his ghutra and agaal heading towards the drivers seat while a second guy in dishdasha was in the backseat holding onto a fighting girl who was screaming and wrestling with the guy in the back, everyone was watching but doing nothing. The guy jumped in the seat and sped off past me as I glanced at the poor girl in the back, he had his hand over her mouth.

As they sped off jumping the curb 4 or 5 guys dressed in jeans ran past me after the car yelling and looking like something was really wrong, about 3 cars sped off after them. I called the police and gave them the tag number and description of the car but I am doubtful they did anything.

It sucks that because of traditions and people being scared to intervene when they see a woman being thrown into a car they think she might be doing something wrong and perhaps it's her relatives taking her. I was a minute too late or else I would have tried to help, it might not be my business for I will never stand by when a female is being beat or manhandled by men.

I do hope she wasn't harmed but it was definitely shocking to see and it leaves me wondering what happened to her.
Posted by Crazy in Kuwait