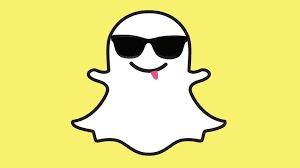 A Kuwaiti man divorced his expatriate wife after seeing a Snapchat video of her smoking shisha.

The video that has gone viral on social media has received mixed reactions.

Reportedly, the wife who was smoking shisha without the knowledge of her husband took a video and send it to her friends via Snapchat. However, by mistake, she added her husband to the list.

The husband was shocked at seeing his wife smoking and divorced her.

Many social media users alleged that husband was aware of his wife’s habit of smoking shisha, and this was only an excuse to divorce her.

Abdullah, an Egyptian, said that many women smoke shisha in secret – without the knowledge of their husbands. “I agree with what the husband did. She was cheating in a way. If she knew he did not like women smoking shisha, then she shouldn’t have lied and did this behind his back.”

Mohammed, a Kuwaiti, said men can easily know if their wives smoke shisha because the smell lingers on, on clothes and body as well. “How come he did not know that his wife was smoking? It’s obvious that he knew about it but found this as an excuse to divorce her.”