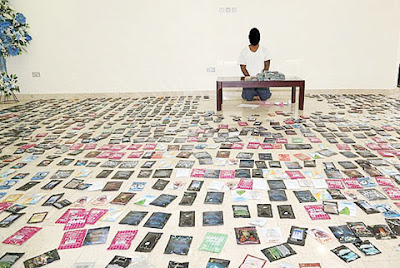 KUWAIT: Financial Crimes Police arrested an American for bringing in ‘chemical’ and other illicit drugs by courier. He was caught with 1,126 envelopes of chemical; $305; 40 million Iranian tomans; KD 2,165; 4,200 Chinese yuan and 3,310 Afghan rupees. The suspect confessed being a member of a gang that brings in drugs for sale. They then smuggle the money out and launder it by buying precocious stones. He was sent to concerned authorities.

----Hey idiot drug dealers, ya'll better get out while you can before you get arrested! If you get caught you will disappear into the jail system with no one to help you, not even the embassy will come for you so don't think they will save you. The central jail is not like it is in the states, you won't chill with free meals and a gym to build your jailhouse physique either.

You people also realize you are giving all Americans a bad name and now they will start going after Americans now, they already have problems with Americans skipping out on their loans so do us all a favor and GTFO before too late.
Posted by Crazy in Kuwait

Email ThisBlogThis!Share to TwitterShare to FacebookShare to Pinterest
Labels: crime