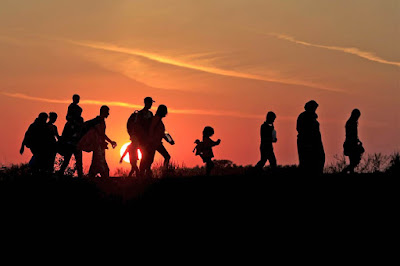 KUWAIT CITY, Oct 25: Assistant Undersecretary for Correctional Facilities and Sentences Enforcement in the Ministry of Interior Major General Khaled Al-Dayeen disclosed that the ministry has signed an agreement with the UN High Commissioner for Refugees (UNHCR), reports Al-Rai daily. The agreement is related to the resettlement of expatriates who are due for deportation and their countries are experiencing conflicts or events that may jeopardize their lives.

However, resettlement will be done by looking at cases individually, indicating the officials of UNHCR have started their visitation to the deportation centers to study the cases. In a press interview, Major General Al-Dayeen pointed to ongoing cooperation between the ministry and the commissioner ever since news of forced deportation emerged in the country and prompted the intervention of the commissioner of refugee affairs.

The commissioner intervened to look into some deportation cases before trying to implement the resettlement program for deportees to suspend their deportation due to certain conditions in their home countries that put their lives at risk. “Indeed, we have granted the commissioner necessary space to study the cases to affirm our coordination with human rights organizations and Kuwait’s adherence to international conventions they are signatory to”, added Major General Al-Dayeen.

---I fully understand the need to help refugees but at the same time if they have committed a serious crime they should stay. A lot of Syrians in Kuwait have committed bad crimes, does that mean they get to stay regardless? Will they feel as if they can get away with anything and continue to with their crime? What about those poor children standing in the hot sun selling watermelons? Why isn't someone looking after them and making sure they are not part of a child trafficking ring?
Posted by Crazy in Kuwait