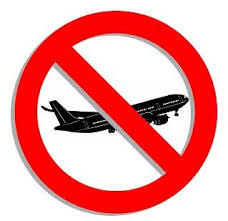 KUWAIT: American carrier United Airlines will stop providing flight services to Kuwait as of January. United will also stop services to Bahrain. The announcement comes only a few weeks after the US Department of Transportation found Kuwait Airways guilty of discrimination for refusing to allow Israeli nationals to fly its New York to London route.

A United Airlines spokesperson Luke Punzenberger told the aviation blog View from the Wing that the carrier would continue a “dialogue with the [Kuwait] government”. “We have taken steps to cease our service to Kuwait and Bahrain, effective January 13, 2016. We will continue to maintain an open dialogue with both governments and others who may be affected by this decision, and offer alternative travel plans or refunds to customers who could be impacted,” he was quoted as saying. United told the blog that the “service is not meeting our financial expectations”.

United was the only US carrier to offer direct Kuwait to US services. Passengers can also choose national carrier Kuwait Airways for direct flights to New York, though it’s unclear at this point if the recent ruling will result in an interruption or halt in KAC flights to the US.

-----That's going to suck for a lot of contractors!
Posted by Crazy in Kuwait