Last night I came home to find police all over my block in Mahboula, I hate when they do these surprise stops, this is the second time I almost ran over the cops not expecting to find them standing in the street. Oops, my bad! Once again they asked for my drivers license to find out my name, not because they wanted to see if I was legal. 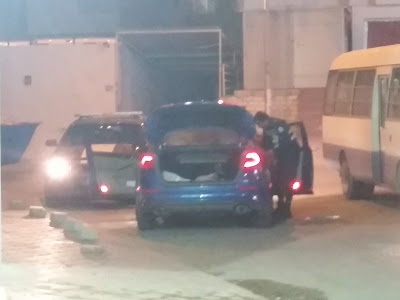 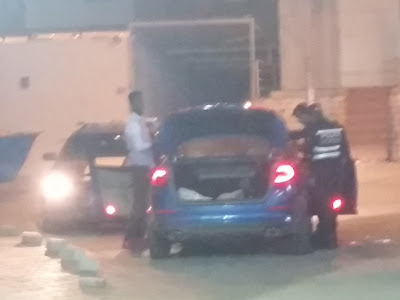 Once again the conversation was about me being American and wearing hijab as if they have never seen an American wearing one before...eye roll....on my street I watched as they served the car of an Ethiopian guy. They had been there for almost an hour looking for something. They made him take off his shoes, lift his shirt up and checked everything in his car. In the end they took him away and left his car parked on the side of the road. I will be moving at the end of the month as the area is a slum and someone stole the cap off my wheel and it really doesn't feel safe.

The funny thing was when the police left and the doors of the building on the corner opened and about 200 Indian guys took off running.
Posted by Crazy in Kuwait