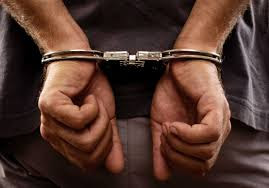 KUWAIT CITY, March 9: Officials from General Department for Residency Affairs arrested 18 employees of a private kindergarten schools because they violated the residency law and were not authorized to practice the teaching profession. According to a press statement issued by Ministry of Interior, when the department received a tip-off in this regard, a team was formed to carry out investigations. After the information was confirmed, legal action was taken and the school was raided. They arrested 18 employees of the school, as ten of them held visa of Article No. 22, two of them did not have any personal identification documents, four of them held visa of Article No. 20 and two of them held visa of Article No. 28. Necessary legal measures were taken against the arrested individuals. The kindergarten school has been banned from obtaining visas for future needs.

---I wonder if this was a western nursery?
Posted by Crazy in Kuwait